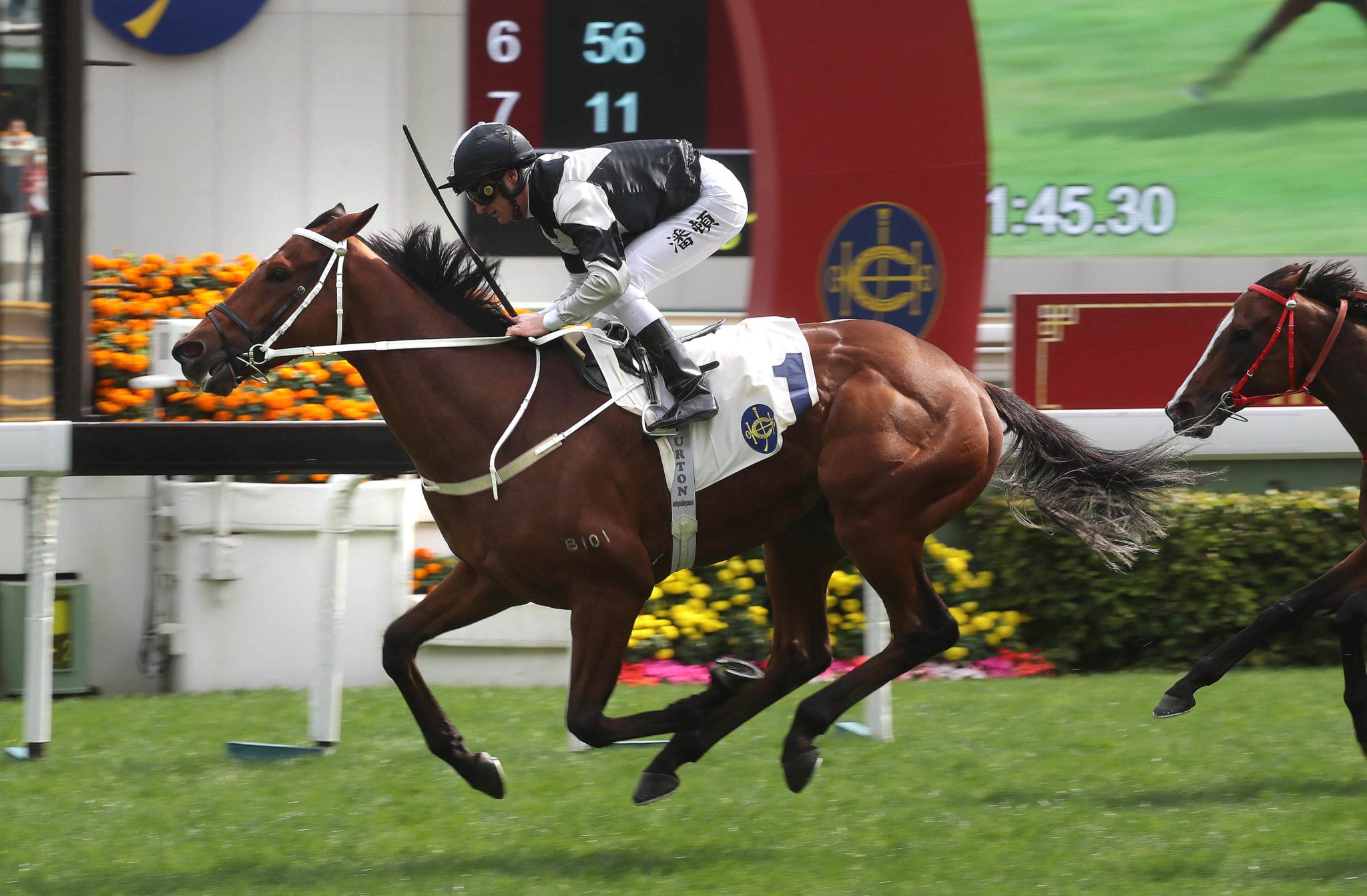 Tony Cruz expects an Exultant victory in the HK$25 million Group 1 FWD QEII Cup (2000m) at Sha Tin on Sunday (26 April) but the veteran handler knows only too well that in horseracing the unexpected can occur at any time.

Hong Kong’s champion stayer was a short-odds favourite to win the Group 1 Hong Kong Gold Cup (2000m) last time out but found trouble in running from an awkward gate and could manage no more than a late-rattling second to his front-running stablemate Time Warp.

“I’m very pleased with him, I think he should win this race on Sunday,” Cruz said. “It’s a smaller field this time so Exultant will be closer in the run. He was too far back last time and got into trouble, that cost him and he just couldn’t catch Time Warp – I’m still disappointed with how that worked out for Exultant, I think he should have won that race.”

Exultant is drawn five of the seven runners. One berth inside him is his unpredictable stablemate and fellow three-time Group 1 winner Time Warp, an enigma hot or cold but rarely lukewarm in his performances.

“Time Warp will probably lead the race again,” Cruz said. “Joao Moreira is important for Time Warp and he seems to me to have kept his form; he’s doing what I expect of him in his work, so I expect him to run his race but he’s an old horse so we don’t know if he can do that again. But he’ll get out in front and the rest of the field will just follow him.”

Zac Purton and Moreira are locked in a relentless head-to-head for the champion jockey title, with the Brazilian leading the Australian by one heading into Sunday. The three Group 1 features represent a condensed version of that rivalry with Purton’s Beauty Generation versus Moreira’s Waikuku in the FWD Champions Mile and the Australian atop Aethero against the Brazilian’s Hot King Prawn in the Group 1 Chairman’s Sprint Prize (1200m).

Moreira slipped the field on Time Warp last time but Purton is not thinking about head-to-heads.

“It’s not in my mind,” he said. “My thought is to go out there and win each race. Joao is obviously the main danger in the races and he has good chances but I’ll just go out there to give my horses the best chances to win their races and if they’re good enough they’ll do it, if they’re not, someone else is going to win.”

Moreira too is focused on getting the best from his mounts first and foremost.

“There’s no doubt that I have some decent rides and this is one of those days that every jockey wants to bring the best of what they’ve got. I’m looking forward to it and I have to be confident,” he said.

Exultant was runner-up to Japan’s Win Bright in last year’s FWD QEII Cup after being forced through a wide run from deep in the 13-runner field and Purton is keen to ensure a smoother passage this time with less opponents.

“I do see it easier,” Purton said. “There really isn’t much speed in this race though and there are one or two back markers, which really is a concern again – my bloke really needs to step away better than he did last time, he was quite lazy out of the gates. But in his trial he did get away better, which was nice.

“Hopefully, if he can do that, we can be racing fourth or fifth, or even sixth – that would be a good position to be in the small field. But if we were last, the alarm bells would be ringing.”

Exultant struggled for early speed when he first arrived in Hong Kong – having placed third in the Group 1 Irish 2,000 Guineas as a three-year-old – but sharpened up last term as he developed into Hong Kong’s champion middle distance horse and stayer.

“He’s much more dour again this season,” Purton noted. “He’s a very strange horse in that he didn’t have much gate speed when he came here for a long period of time and then, all of a sudden, he was jumping out of the gates and wanting to put himself into a spot.

“But now he’s gone back to how he used to be. He’s an odd horse, you just don’t really know what you’re going to get but if he could utilise the gate that would be great and he’s going to need to do that, I think.”

Wet weather has prevailed in Hong Kong this week and both Purton and Cruz are hoping for a dry afternoon on Sunday.

“I’m not sure if he’ll enjoy it wet,” Purton said. “I would be a little bit concerned because he trials so badly on the dirt and that can sometimes give you a bit of an indication. But, in saying that, Beauty Generation trials awful on the dirt and he doesn’t mind a bit of cut in the ground. I don’t want to go out there thinking it’s going to affect his performance but there is that slight doubt in my mind.”

Cruz does not want the uncertainty of give in the ground.

Cruz will also saddle his recent acquisition Furore, a transfer from the Frankie Lor stable and a promising fourth to Beauty Generation in the Group 2 Chairman’s Trophy over a mile last time. The five-year-old is seeking a first win since the 2019 BMW Hong Kong Derby (2000m) but the handler believes he has seen the horse progress since he got him.

“Furore is coming along, he’s the best I’ve seen him so I think he’ll be there in the finish.
He can be right there challenging, I’m sure he can,” he said.

That is music to the ears of jockey Karis Teetan who takes over from Blake Shinn who has stuck with Derby runner-up Playa Del Puente from the Danny Shum stable.

“Furore’s last run seems to have been very good, he finished off the race nicely,” Teetan said. “I know Tony is very happy with him and how he’s going. It’s not a big field so that will give him a very good chance so if I can get him comfortable, I’m pretty sure the speed will be on so I think he’ll go very well.”