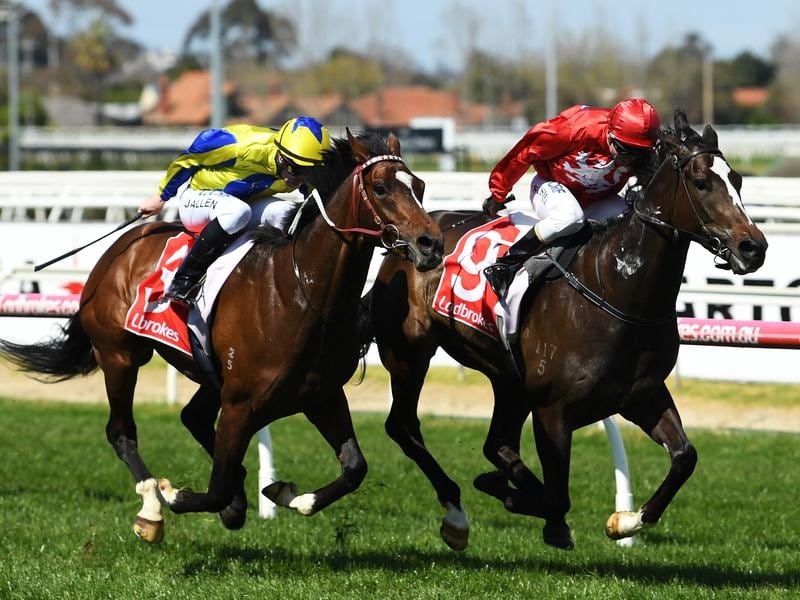 Connections have spring options with Extra Brut after the progressive colt warmed to his task late to score a narrow win at Caulfield.

Coming off a maiden win over 1300m at Sandown in his second start, beating Black Caviar’s son Prince Of Caviar, Extra Brut stepped up to 1600m for the first time on Saturday.

Thunderdome ($6) opened up a two-length break in the straight before the Darren Weir-trained Extra Brut ($6) wore him down in the final strides to get home by a short-half head.

Extra Brut holds a Caulfield Guineas nomination but could get over further with races such as the Caulfield Classic (2000m) and Victoria Derby (2500m) possibilities.

“It was a good tough effort,” jockey John Allen said.

“The leader gave a good kick off the corner and he did a good job to run him down.

“He’s a nice horse and mentally he improved a lot today from the last start.

“He should get out over a bit further. How much further, I’m not sure, but pushing forward he should be a nice enough horse.”