Extended Break Does Wonders For Written By 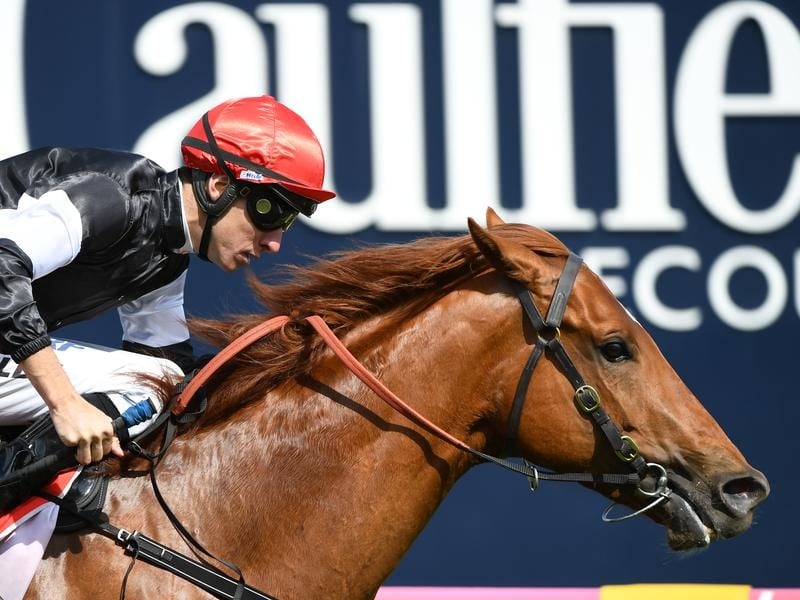 A patient Grahame Begg has been rewarded with Written By scoring a first-up win at Caulfield.

After a hectic autumn campaign as a two-year-old that saw Written By win the Blue Diamond Stakes before running fourth in the Golden Slipper, the colt returned to win Saturday’s Skyline Education Foundation Plate.

A drifter in the betting from $1.80 to start the $2.20 favourite, Written By had little peace under Jordan Childs before scoring a short-neck win over Gytrash ($7.50) with Fine Dane ($8) a neck away third.

Begg planned a light spring for the colt who will now head to the Blue Sapphire Stakes at Caulfield on October 17 before the Group One Coolmore Stud Stakes at Flemington on November 3.

“It’s always in the back of your mind that they don’t come back,” Begg said.

“We gave this horse a very good break after the Golden Slipper to let him rejuvenate and to overcome those hurdles.

“Over the years so many people have made the mistake of bringing them back too early, chasing the early riches of the spring, so it was good that he was able to have a good break and have a good lead in to this race.”

Begg said Written By had nine weeks in the paddock following his Golden Slipper performance and came back into work around 520kg.

He said Written By, following a slow and steady build-up, was 35kg heavier than when he ran in the Golden Slipper, adding there was plenty of improvement to come labelling the colt only 85 per cent fit.

Following Written By’s next two outings Begg is looking for a tougher autumn campaign suggesting, with his Caulfield record, the Oakleigh Plate could be a suitable race.