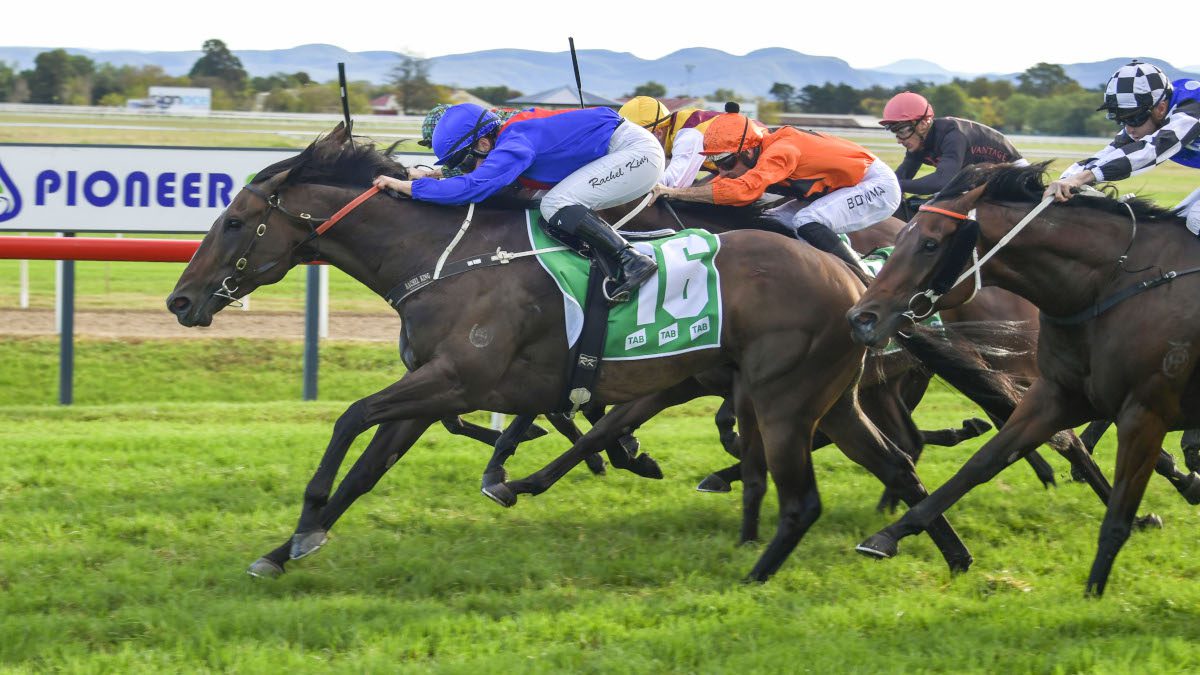 If you follow Warwick Farm trainer Bjorn Baker on Instagram, you will know that he certainly does not lack passion and desire for his horses to succeed on race day.

He was slapping high-fives and punching the air after Exotic Ruby’s win on the line in the Hawkesbury Crown two weeks ago, and he’s confident she can do it again in the AU$200,000 Dark Jewel Classic (1400m) on Saturday at Scone in New South Wales, Australia.

That victory was her first Group triumph, and Baker had a good feeling something special was around the corner before she left the barriers that day.

He’s got the same feeling she can repeat that performance in another big feature this weekend, where she’ll carry 55.5kg with Rachel King aboard.

“First-up I was confident she’d run really well, and she ran a very good third at 30-1,” Baker told HorseBetting.com.au.

“I thought she could back it up. In the Hawkesbury race I said to the owners ‘she’s ready to run a big race’.

“And on my Instagram chat I gave her a really good push that day. I thought she was the best each-way bet of the day. I think she’s in as good a form now in a similar field.

“I thought it was a good effort that day. She had to work a little bit to get forward. They didn’t go overly quick, but she was very brave.”

Baker believes Exotic Ruby – with five wins from 26 starts – is on the verge of becoming a more consistent mare.

“Of course, it was very important for her to win that (Hawkesbury Crown) race,” he said.

“She gets sold on May 25. So quite possibly it’s her last run for me before being sold as a brood mare.

“She’s a valuable proposition now, so from that point of view we’re thrilled.

“But we’d love her to back it up and make people realise it wasn’t a fluke, because she’s shown a heap of ability.”

And there are plenty of reasons to believe Exotic Ruby’s win last start was not a result of pure luck.

“Her work since has been good. Obviously, there’s a little bit of a concern over the gate (16), so we’ll have a look at how the race plays out early,” Baker said.

“I think she’ll be helped by a slightly improving track at Scone since last (start).

“She actually gets into this race better at the weights than she did at Hawkesbury (56kg).

“We’ve got Rachel King on who’s riding with plenty of confidence, and we’ve got confidence in her so that helps.

“She can go forward or back. So from that point of view she’s got a flexible racing pattern. I just think she’s running really well.”

Baker also has Bring The Ransom running in the Dark Jewel Classic, the five-year-old mare’s last win coming in the Bowermans Handicap (1400m) at Randwick on January 22.

“She looks great and she’s going well. She’s had a bit of a breather between runs (her last start was a last place in the Frances Tressady Stakes at Flemington on March 5), but she’s one who appreciates a better track,” he said.

“And hopefully we can get that. On her day up at this class she’s probably going to have to get back and make her run.

“But she might need a bit of luck from the gate. Tyler Schiller has won on her – he knows her and with her weight (54kg) she’s definitely not out of this grade.”

“He’s got gate one. I think he’s got enough speed to bounce to the front and lead – that’s his racing pattern,” he said.

“A lot will depend on how the track’s playing on Saturday with him. But he’s very well. I think he’s fitter for that last run.

“And the track looks to be slightly better, which is the key.

“Rachel King goes on him, too. She’s been getting some wins, so from that point of view we’re confident as well.”

“She’s probably unlikely to run. It’s a bad gate (18) and she’s only had the one trial. So we might save her for another day,” Baker said.

Baker also paid tribute to his father Murray Baker, 76, who retired on the day his son celebrated his Hawkesbury Crown triumph.

One of his many career highlights was overseeing $5 million earner It’s A Dundeel salute in six Group 1 races – including his Sydney three-year-old Triple Crown title in 2013, followed by a victory in the 2014 Queen Elizabeth Stakes.

“He had a great career. He loved coming to Australia, and every good horse he had he targeted toward Australia,” Baker said.

“He was a massive influence on me. He’s been through the highs and lows of racing with what he’s done.

“He comes over next month to look after the kids for a weekend so that’s one positive.”