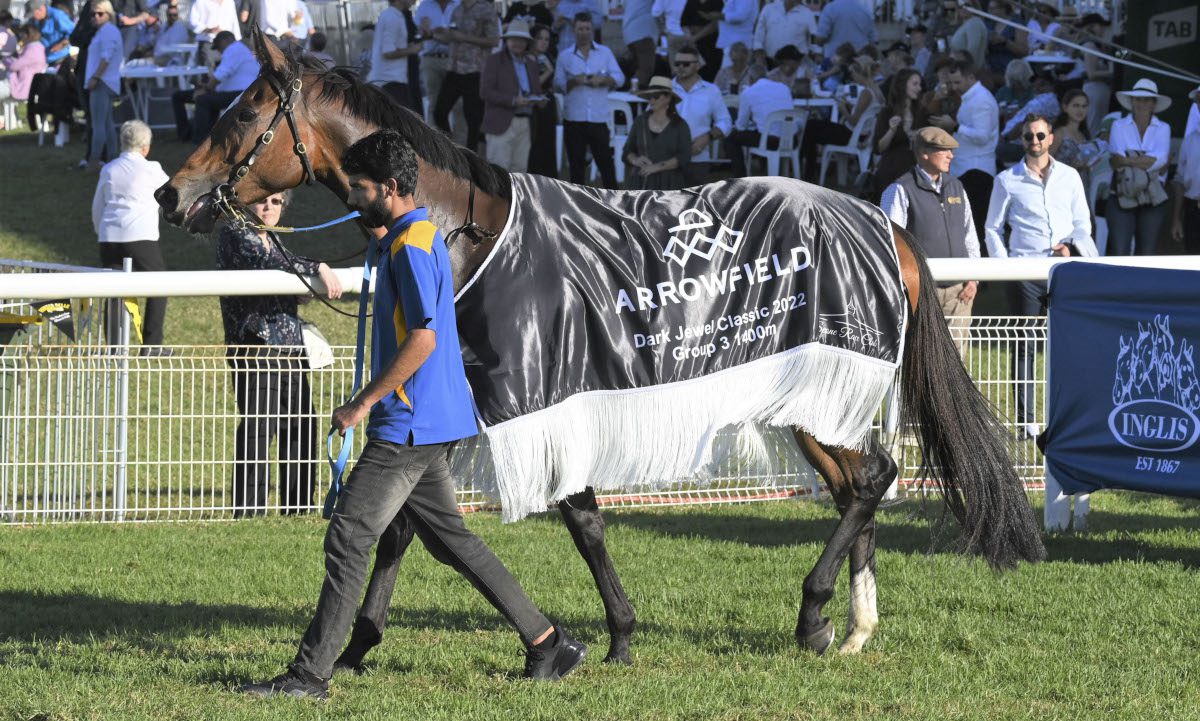 In his typical larger-than-life style, Bjorn Baker would have celebrated his win with plenty of feeling after Bring The Ransom took out the $200,000 Dark Jewel Classic (1400m) at Scone.

Particularly when it wasn’t the horse everyone was expecting to triumph, the five-year-old mare a $51 outsider’s winning chance with online betting sites.

Baker spoke more highly of Exotic Ruby before the race, the six-year-old mare’s last start being a win in the Hawkesbury Crown on April 30.

She finished back in 11th.

But the Warwick Farm-based trainer would have been over the moon with Bring The Ransom’s performance, stepping up in class to salute from the inside in a big 16-horse field.

The victory put her career earnings above $500,000 and, as Baker told RacingOnline pre-race, she saved her best until late in what was an excellent ride from Tyler Schiller.

“She looks great and she’s going well. She’s had a bit of a breather between runs (her last start was a last place in the Frances Tressady Stakes at Flemington on March 5), but she’s one who appreciates a better track,” he said earlier in the week.

“And hopefully we can get that. On her day up at this class she’s probably going to have to get back and make her run.

“But she might need a bit of luck from the gate. Tyler Schiller has won on her – he knows her and with her weight (54kg) she’s definitely not out of this grade.”