‘Exceptional’ Skalleti ready to adapt to anything 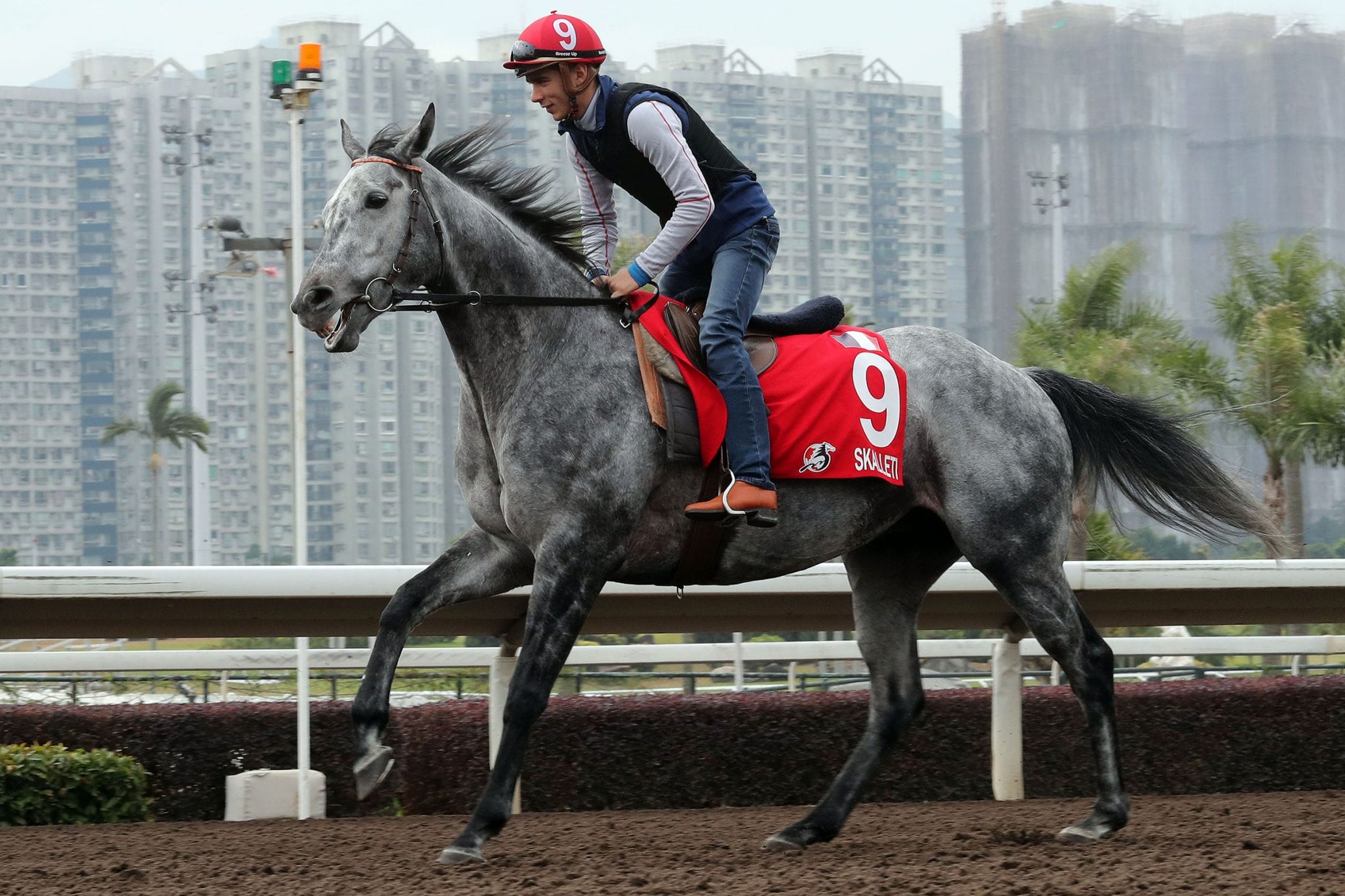 He may have run only once before at Group 1 level but French trainer Jerome Reynier is confident of a big performance from Skalleti in Sunday’s (13 December) HK$28 million LONGINES Hong Kong Cup (2000m).

The five-year-old son of Kendargent finished in front of Magical at Ascot on British Champions Day in October and will cross swords again with Coolmore’s flagbearer, as well as defending champion Win Bright, the highly-tried Danon Premium and a resurgent Furore.

The sight of Skalleti and stablemate Royal Julius hacking around the Sha Tin sand on Monday (7 December) morning was an early reminder of one of the most enduring lessons for Sha Tin work watchers in the week leading up to the LONGINES Hong Kong International Races: namely that the French will never run the risk of leaving their race behind by overdoing things in the seven days leading up to the event.

“They are both ready and we won’t be reinventing the wheel this week,” said Reynier.

“At Calas [Renier’s training base near the southern port city of Marseille] they are used to working on a rising track which is quite deep so I won’t be asking serious questions on a firm flat track. They’ll just be cantering away on the sand, you won’t see them on the turf before Sunday.”

Skalleti has enjoyed an inexorable rise up the ranks under a patient Reynier, who has masterminded campaigns at four and five that have produced six wins across Listed, Group 3 and Group 2 level, before finally taking the plunge at the top-level when finding only Addeybb too strong in the Group 1 Champions Stakes (1993m) at Ascot in October.

After deliberately running twice at short of his optimum 2000m to get the gas out of him following Europe’s springtime lockdown, Skalleti made the most of ideal conditions to dispose of subsequent Group 1 Prix de l’Arc de Triomphe (2400m) hero Sottsass at Deauville in the Group 3 Prix Gontaut-Biron (2000m).

“He was getting six pounds from Sottsass and had ground conditions to suit, so I was always confident we’d see the real Skalleti. He really put on a show that day,” Reynier said.

“It was just a case of keeping him in the same shape to win a second Prix Dollar.”

But then there was the challenge of going to the Champion Stakes off just a two-week break, rather than a month or a month and a half.

“On top of that he had a change of surroundings because I kept him in Chantilly rather than head back to Calas, given the logistical issues with going to Britain,” Reynier said.

“It wasn’t a straightforward preparation but he showed he absolutely belongs at Group 1 level on his first try.

“On Sunday he needs to show he is up to that same level in very different circumstances, around two turns and on good ground and against opposition which is very used to such a set up. We beat Magical last time but this might be more to her taste and we are here to see what we can do.”

Those wins at Deauville and Longchamp, as well as his Group 1 debut at Ascot, may all serve to underline Skalleti’s ability on a heavy track.

But Reynier doesn’t believe his stable star should be pigeonholed in such a way.

Reynier said: “He is quite exceptional and it is rare to have a horse that can win a Premio Roma and two Prix Dollars on heavy ground going right-handed, who can also win on the all-weather at left-handed Marseille-Vivaux and a Prix Quincey up a straight 1600 metres at Deauville on good ground. He adapts to anything.

“I am quite confident and he’s a horse that never disappoints.”

Warming to his theme, Reynier added: “In the Quincey he was up against a real specialist over 1600 metres on good ground in the shape of Stunning Spirit, and he left him for dead. And Pierre-Charles [Boudot] gets on with him very well, so that’s another advantage.”

While the striking grey is likely to get most of the attention in the buildup to the Cup, Royal Julius and Mickael Barzalona might just fly under the radar in the HK$20 million LONGINES Hong Kong Vase (2400m).

“We’ve had some fabulous days with him but he comes here off the back of two average performances,” said Reynier. “He didn’t enjoy the heavy ground in the Arc and at Rome the race circumstances were somewhat unusual.

“But his two second places in Milan were both very good. He is a horse that can get a little disheartened and so things need to go right for him.

“That said, it’s a small field with only two horses that stand out in Mogul and Exultant. Third place looks up for grabs so we have everything to gain and nothing to lose, safe in the knowledge he is in good form.

“On good ground going right-handed at between 2000 and 2400 metres, he is capable of putting up a very good performance if he is in the mood.”