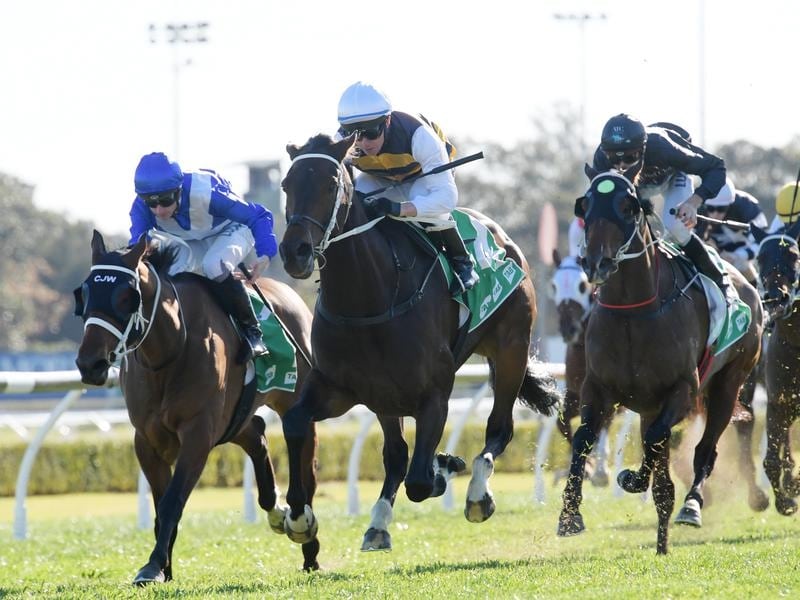 One of the more ambitious spring campaigns has been unveiled after a former English hurdler made a winning Australian debut at Canterbury.

As absurd as it would sound to most racegoers in this part of the world, High Bridge emerged as a horse to follow from Wednesday’s meeting at an age when most are looking at retirement.

Tried only once on the Flat in England, eight-year-old High Bridge gave his rivals a staying lesson in the TAB Rewards Handicap on Wednesday.

And it’s not likely to end there with a master horseman as his trainer in Chris Waller as well as world-renowned bloodstock expert John Ferguson as a part-owner.

The fact that Ferguson, a former kingpin at Godolphin, joined the Australian ownership group is a tip in itself for a horse whose sire Monsun has left three of the past five Melbourne Cup winners.

It seems Waller will give High Bridge every chance to be Monsun’s fourth despite a northern hemisphere background of mostly national hunt racing that delivered six wins over obstacles.

“He’s a good jumper, outstanding, and he was mentioned by John Ferguson that he could be a potential Cups horse,” Waller said.

“We won’t get carried away after today but that’s the plan.

“Whether it’s a (Melbourne) Cup or a Sydney Cup we won’t be complaining but you’ll just see him go from strength to strength.

“And the further he goes the better he gets.”

High Bridge stepped out over 1900m at Canterbury – a distance thought to be short of the gelding’s optimum.

But a frantic tempo helped High Bridge’s cause and the $11 chance chimed in late before running away to win by 1-1/4 lengths under two-time Melbourne Cup-winning jockey Kerrin McEvoy.

For High Bridge to have a realistic shot of even making the Melbourne Cup field the equation is simple: keep winning.

“He just needs to get his rating up now,” Waller said.

“He’s not bad in at the weights and we’ll just gradually step him up in trip and keep a bit of condition on him which will be an important thing.”