Ex-Godolphin Runners A Hit With Mcfarlane 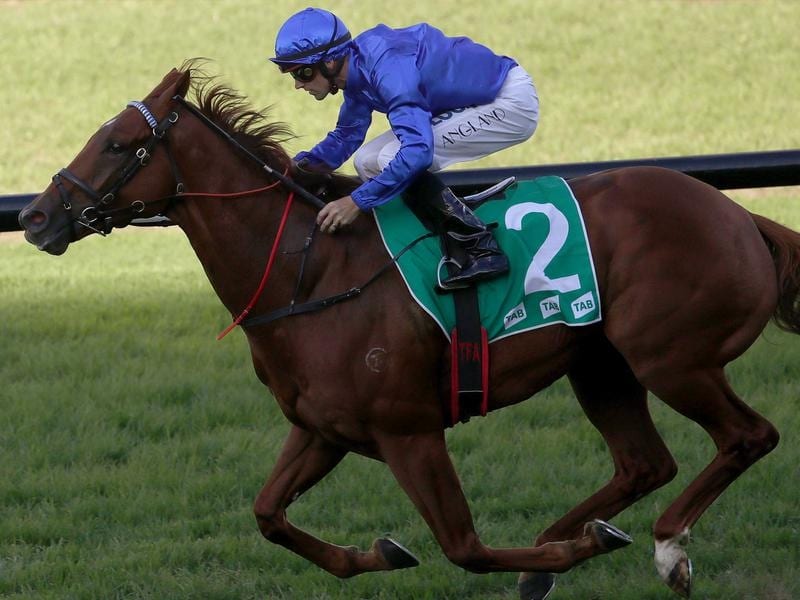 A wide barrier draw at Doomben has swayed trainer Greg McFarlane to keep Dissolute closer to home and run the recent Godolphin acquisition in Sydney.

McFarlane accepted with the horse in the Listed Keith Noud Quality in Brisbane but scratched him after he drew the outside gate in the field of 13.

“In the scheme of it I think he can get another win here before we take on a Listed race as well.

“I will try to get him one more win in his grade before we have to step up.”

Dissolute has drawn gate five in the Rosehill Bowling Club Sprint (1100m) in what will be his second start for McFarlane following a minor placing at Randwick on Melbourne Cup day.

The trainer’s other Rosehill runner, Catesby, was also a recent purchase from the Godolphin stockpile.

McFarlane admitted it was difficult to improve horses who had come through one of Australia’s best training systems but said they were ready made city-class gallopers who measured up to his strict criteria.

“I’ve got quite a stringent protocol for buying tried horses and these two fit my assessment list,” McFarlane said.

“I’ve bought a few tried horses before and they’ve all done quite well.

“It’s always great to improve a horse but they also fit my system of having more city runners.”

The four-year-old’s rivals include Provincial Championship runner-up Newsfan, who proved she had returned in great order with a first-up win at Rosehill earlier this month.

Trainer Mick Bell has paid up for well-travelled sprinter Jungle Edge in the November Handicap but will be hoping for a track downgrade with the veteran’s 14 career wins all coming on rain-affected ground.

Jungle Edge was Group placed behind Pierata on a heavy track two starts ago before finishing down the track in the Group One Manikato Stakes during the Cox Plate carnival.