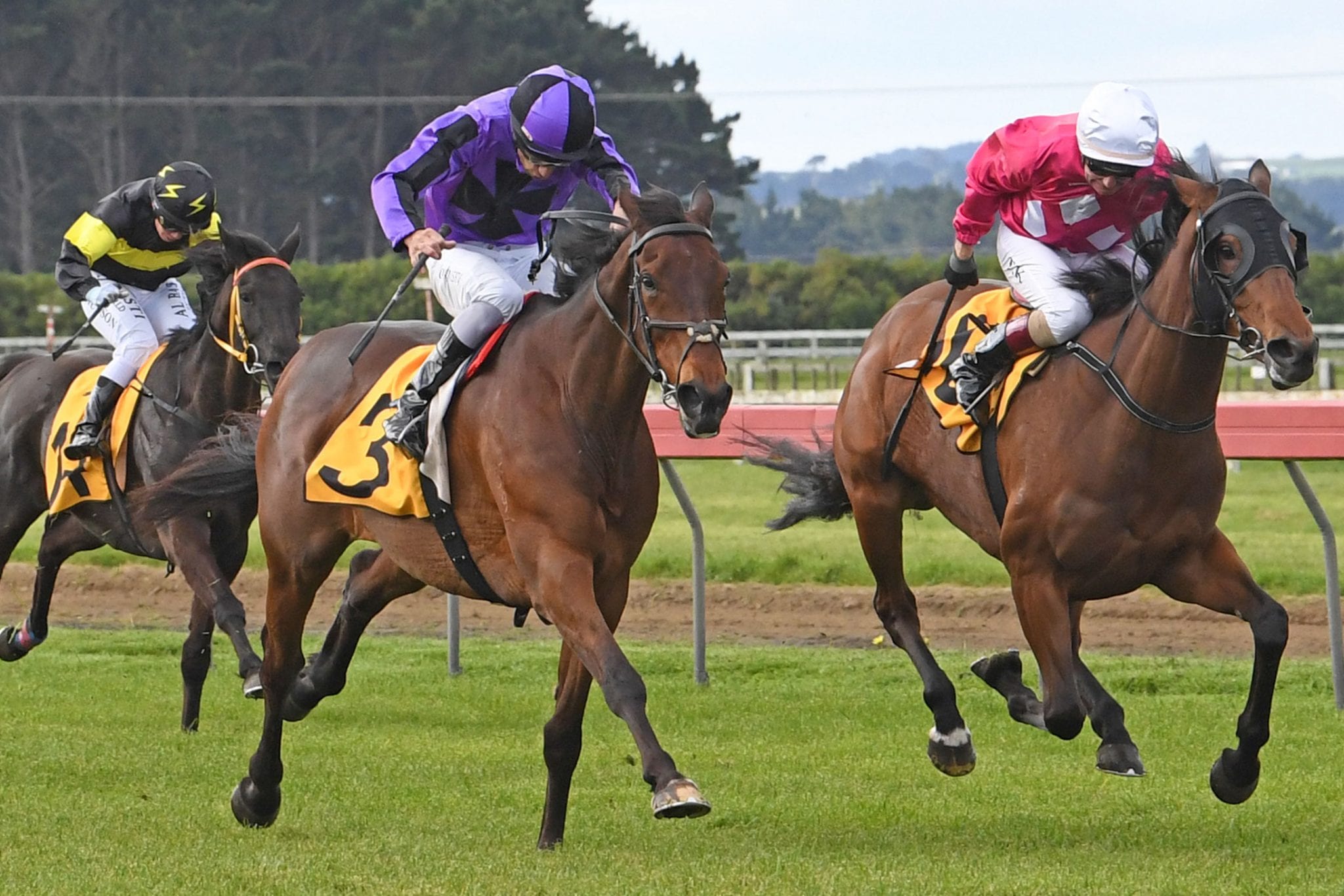 Sampson may be 11-years-old but trainer Howie Mathews said he doesn’t know it. The son of Dubai Destination recorded his 12th career victory in the Egmont Cup at Hawera earlier this month and Mathews said he is on song ahead of the Listed Ricoh Feilding Gold Cup (2100m) at Awapuni on Saturday.

Mathews was pleased with the win but admitted it came as a little bit of a surprise. “It was a great ride,” he said. “It is very hard to put it into the jockey’s head how you would like the horse ridden, but it was amazing to see Chad (Ormsby) let him lob along like that. “He had a couple of winter runs which fitted him up really well. He has always been a clean-winded old bugger. It was a wee bit of a surprise, but a wonderful surprise that he was right up to that.”

Mathews also took some confidence out of rival William Wallace coming out of that race to win the Listed Spring Classic (2000m) at Riccarton last Saturday. “William Wallace’s run was a little bit under par, perhaps he wasn’t quite right, but he definitely improved a lot for Christchurch,” he said.

Mathews is looking forward to Saturday but he is wary of a couple of northern raiders. “He goes down half a kilo on the weight he had the other day (60.5kg), so I am pretty happy with that going back to the Group and Listed weight system,” he said.

“There are a couple of northerners coming down. They don’t put them in for nothing. You are always a bit wary about them but there is not a lot of real up and comers right now. The good northern horses are waiting for the Waikato and Counties Cups. “The Central Districts gets left a little bit alone right now. We are pretty happy where we are at the moment.”

Sampson beat home Hi I’m Nikkita by a nose last start and Mathews said her inclusion in Saturday’s field could work in his runner’s favour. “Hi I’m Nikkita is another good horse,” Mathews said. “If things are different and you get held up and it gets away it is pretty hard to catch. We have been lucky that we have been out in the clear and been able to chase it the other day.

“At least that is a good horse in the race who is a genuine front-runner and Tony Allan (jockey) is a master at judging the pace, so it could work out quite well.”

TAB bookmakers have installed Sampson as a +1200 joint sixth-favourite for the race with Lubaya and Mohaka, with London Banker heading the market at +210.