Everest Lead Up For Redzel In The Premiere 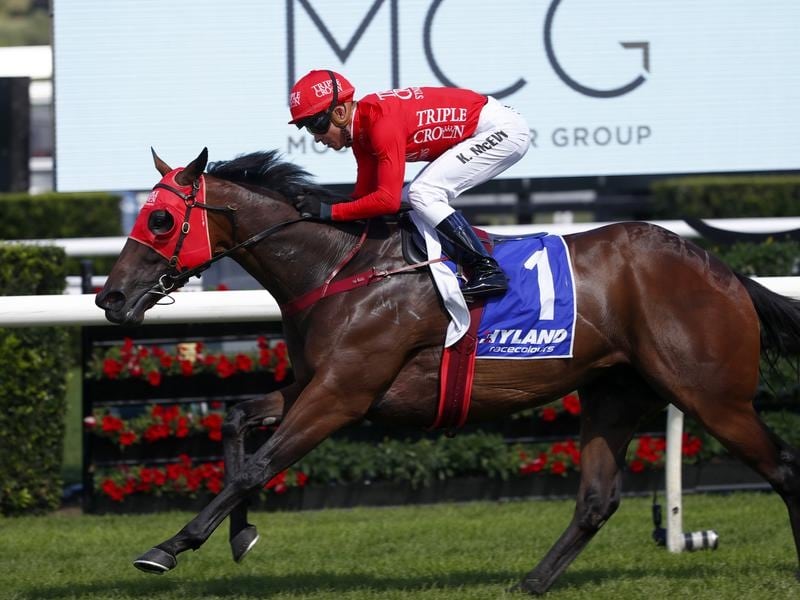 Inaugural Everest winner Redzel has returned to full health and is on target to defend his title in the $13 million race at Randwick.

The Peter and Paul Snowden-trained sprinter will have his final lead-up run in Saturday’s Premiere Stakes at Randwick.

Redzel was a race morning scratching from The Shorts on September 15 with Peter Snowden at a loss as to why the sprinter had muscle soreness after undergoing a perfect lead-in to the race.

He had resumed with victory in the Concorde Stakes at Randwick on September 1.

“He must have got cast,” Snowden said.

“It happens but you don’t think it will happen to those sorts of horses.

“He’s as good as gold now and we were able to do something with him on the Saturday afternoon and Sunday morning, so he only missed the race.”

Snowden said Redzel galloped strongly on Thursday morning and will gallop again on Tuesday ahead of the Premiere Stakes (1200m) which will be a dress rehearsal for The Everest on October 13.

“The Premiere will be a cracker but they’ll know he’s there. He’s all good to go,” Snowden said.

“It doesn’t matter if he doesn’t win but I’d want to see him run well and I’m sure he will run well.”

Redzel and Trapeze Artist have been swapping Everest favouritism over the past few weeks and will meet in the Premiere.

The Snowden team will also bid to continue its successful run in Melbourne with a four-horse team heading to Caulfield next Sunday.

Dothraki and Spending To Win have been successful at the past two Saturday meetings.

“Satin Slipper ran down here the other day and ran OK but pulled a bit hard early so I think she’ll be better around a corner,” Snowden said.

“Eawase, she’s not a bad filly. She had her first run back at Randwick last Saturday and is a winner in Brisbane last prep.”

Brave Song will run in the Testa Rossa Stakes while Grand Rosso will run at his pet distance of 1400m in an open handicap.