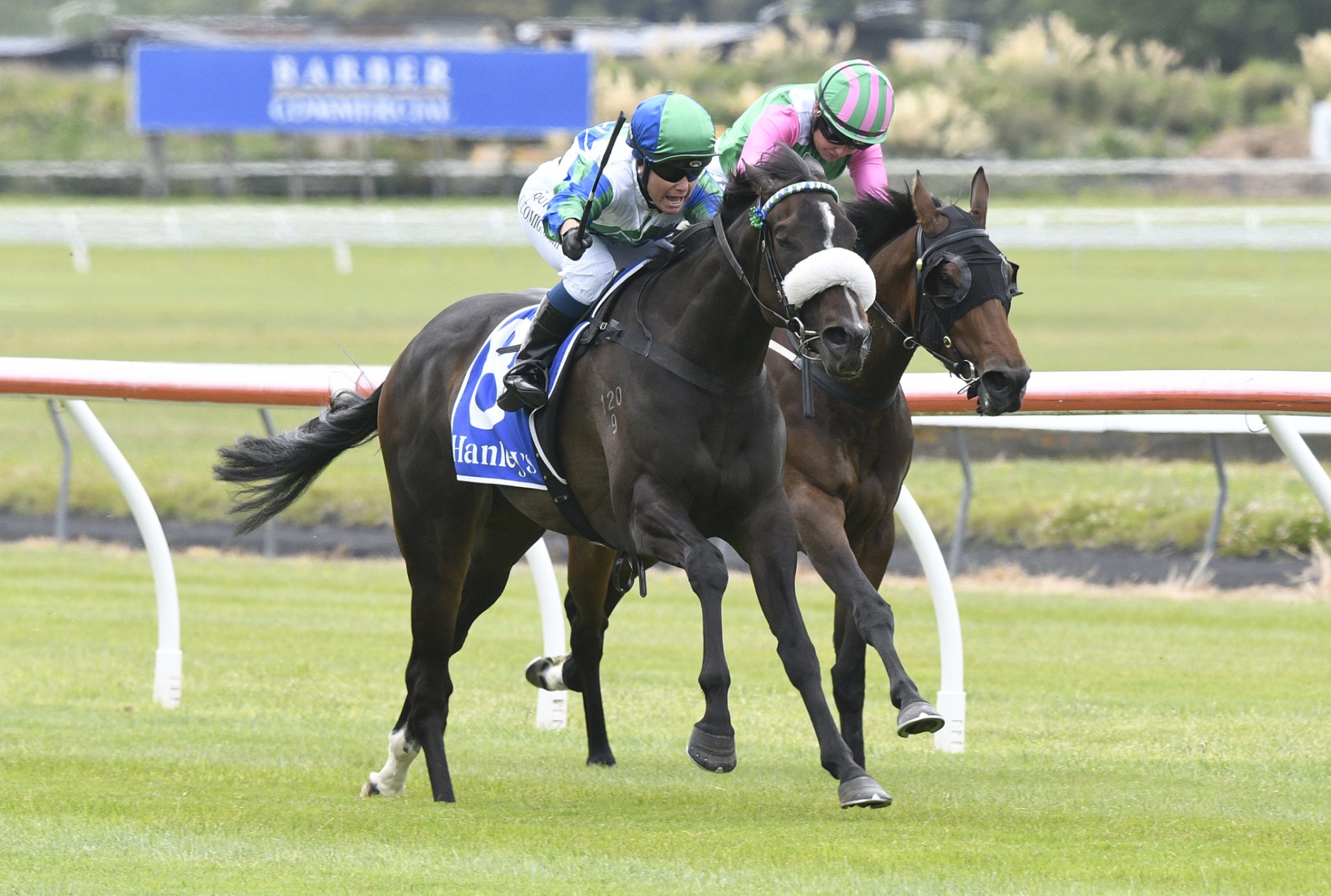 Impressive Trentham winner Tivaci Princess is on target for a quick return to action in her home track feature this weekend.

The Roydon Bergerson-trained filly has breezed through her latest outing to be in the running to back up in the Group 3 Eulogy Stakes (1600m) at Awapuni.

He had scratched the filly last week from a New Plymouth maiden in favour of chasing the thick end of the stake at Trentham and his decision proved spot on when the daughter of Tivaci broke her maiden in style.

In her sixth appearance, Tivaci Princess accounted for the stakes-placed Wessex and previous winner Dimaggio in the age group event over 1400m.

“She’s a tidy horse and it was a good strong win and she has always showed a lot, but hasn’t had the rub of the green to be fair,” Bergerson said.

“She ate up well when we got her home and she was pretty fresh this morning.

“She’s as good as gold and we’ll nominate her and see what the rest of the week brings. It will be good to get some black type for Waikato Stud.

“When they get that brand on their shoulder they are bred to run in good races.”

“Mark (Chittick) liked her so much he retained 25 percent of her and others bought into her,” he said.

Adding to the significance of Tivaci Princess’ emergence is Bergerson’s son Sam, who is assistant trainer to Mark Walker at Te Akau, and daughter Georgia share in the ownership group.

“She’s quite a relaxed filly and doesn’t get up and travel. She’s got a good brain and that’s the main thing so the plan is to look toward the New Zealand Oaks (Group 1, 2400m), we might as well aim high,” he said.

Her progression has also done her younger half-sister by Ocean Park a favour as she will be offered as Lot 165 by Waikato Stud at next month’s New Zealand Bloodstock National Yearling Sale.

They are out of the unraced Savabeel mare Exactly Like You, whose only other foal to race is the two-time winner Image Of You.

The Matamata farm celebrated a winning double at Trentham with the Guy Lowry-trained Podium successful in Rating 75 company for the third win of her four-start career with the Group 1 Thorndon Mile (1600m) a possible longer-term target.

Bergerson has had his fair share of luck with the Waikato Stud-bred progeny of its resident sire Tivaci and remains in the ownership of Wolverine.

He prepared her to win twice at Group Two level last season and finish runner-up in the Group 1 Manawatu Sires’ Produce Stakes (1400m) and Karaka Million 2YO (1200m).

Australian Bloodstock bought into the filly during her juvenile campaign and has had three starts since joining Kris Lees’ stable.

“Our syndicate still has 50 percent of her and it’s been really frustrating, she struck a really heavy track in the Flight,” Bergerson said.

“She went out for a spell and I think she’s at a pre-trainers now and hope to have her back racing in January.”