Etymology Primed Ahead Of Bagot Assault 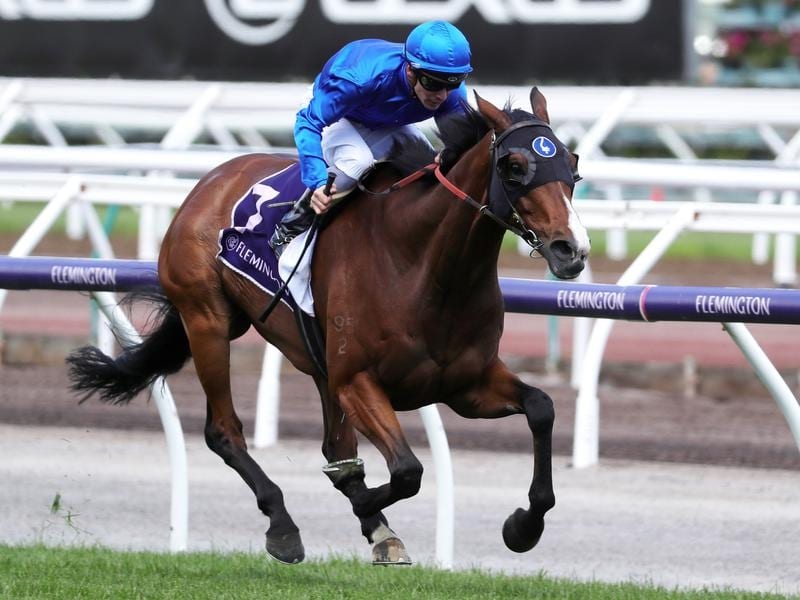 Godolphin assistant trainer Kate Grimwade is hoping the confidence gained from a last-start Flemington win will carry Etymology to victory in the Bagot Handicap.

A veteran of 30 starts that have netted the six-year-old only three wins, Etymology was emphatic in victory over 2500m on December 22.

On Tuesday he steps up to 2800m in the Listed Bagot Handicap at Flemington and Grimwade, the Melbourne-based assistant trainer for James Cummings, doesn’t see the extra 300m a problem.

Nor do punters as Etymology is a clear-cut market leader at $2.60 ahead of Pakenham Cup winner Our Big Mike ($6) and Berisha ($8).

As a three-year-old Etymology ran second to Tarzino in the 2015 Victoria Derby and the following April he was second to Cool Chap in the VRC St Leger over Tuesday’s course and distance.

The gelding had a 2-1/2 year absence from the winner’s circle until he won at Moruya in April and another gap until his win last time out.

Grimwade said the stable learned a fair bit about Etymology after his win at Flemington when he backed up for a third start in as many weeks.

“It took a couple of those back-up races to get him fit which surprised us but he’s taking his racing really well,” Grimwade said.

“It’s not James’ style to pour the work into them at home and I think those couple of quick back-up races helped us learn a bit more about the horse.

“He’s so consistent and hopefully he gets that confidence boost of getting his head in front and it will keep that momentum going.”

Grimwade said Etymology had come out of the Flemington win in great condition.

“James came down to have a look at him on Friday and was happy with him,” Grimwade said.

“His work on Saturday was faultless and we’re really happy with him.

“He’s a big staying kind of horse and the extra 300 metres isn’t going to make too much difference and as long as he settles in his race that will take him a long way towards victory.”