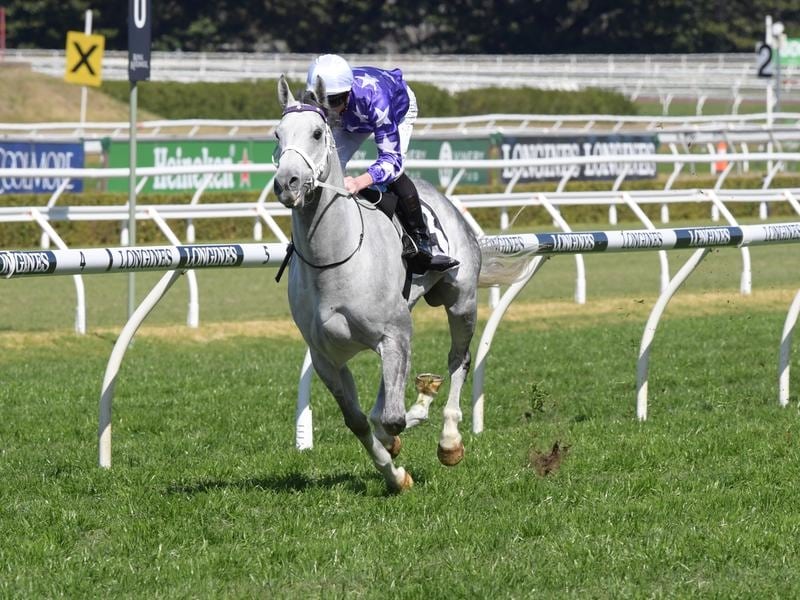 D’Argento is shading his stablemate Unforgotten for Epsom Handicap favouritism with both drawing well in the Group One race over the famous Randwick mile.

The two are among seven confirmed starters in Saturday’s $1 million feature for premier Sydney trainer Chris Waller with D’Argento at $4 after drawing barrier one and Unforgotten at $4.50 from gate three.

The Greg Hickman-trained Pierata will start from gate four and at $6.50 is the only other runner under double figures.

The stable also has the second emergency Paret who is at $35 with a full field of 20 declared plus two reserves.

The Mark Newnham-trained Lanciato is a $15 chance with Rachel King to ride him at 52kg from barrier six.

“It just means you don’t have to take him back. He can just be where he’s comfortable which might still be three-quarters of the way back.

“He’ll be worse than midfield, I’d imagine, but if you draw wide then you’re forced to go right back.

“He might be in front of five or six and there looks to be good pressure drawn out wide which is what we want.

“The main chances have all drawn in – Pierata, D’Argento, Unforgotten – so hopefully he finds the right back to get on out of one of those and he gets his chance in the last 200 metres.

Godolphin’s Hartnell is the Epsom topweight with 57kg with his presence meaning weights did not go up and several light riders have received the call-up.

Among them is Damien Thornton who rides the Gerald Ryan-trained Red Excitement who is one of three horses on 51kg with Craig Newitt to ride Champagne Cuddles and Craig Williams New Tipperary.

Siege Of Quebec has 50kg and is on the fourth line of betting at $11 with James Innes Jr to ride.