Entriviere demolition a consolation for Gray 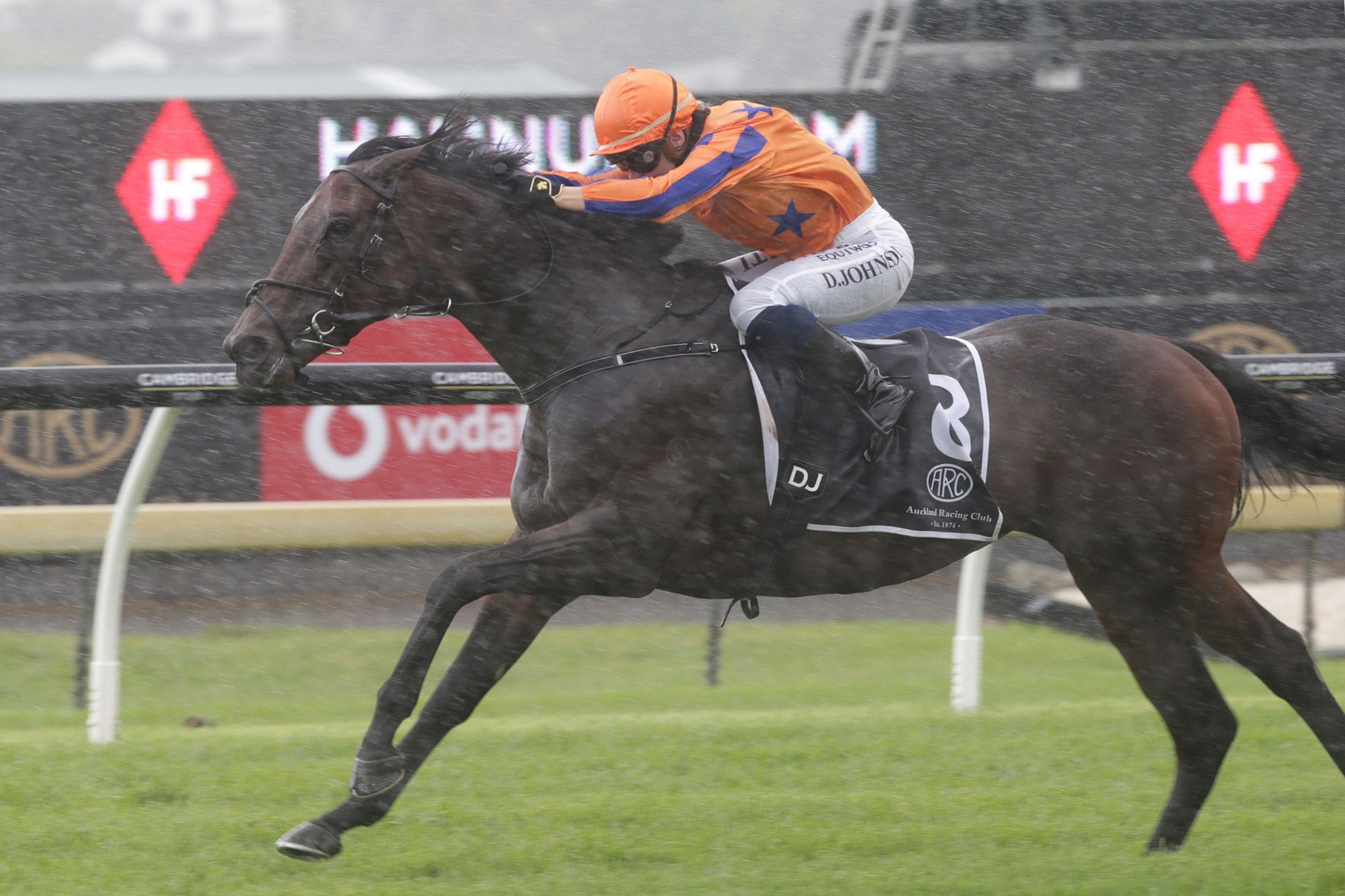 Kevin Gray didn’t train the winner of the Group 3 King’s Plate (1200m) at Ellerslie on Sunday, but he still took some comfort from the result, having bred race victor Entriviere.

For the second time in the space of a couple of months, the Gray-trained Rock ‘N’ Affair has ventured to the Auckland track and clashed with Entriviere, coming off on the worse side of the ledger on both occasions.

Having finished fourth to the lightly-tried daughter of Tavistock in the Group 3 Concorde Handicap (1200m) in January, Rock ‘N’ Affair finished ninth, beaten just over six lengths on Sunday, behind the Jamie Richards-trained runner which is quickly forging a reputation as one of New Zealand’s most exciting gallopers.

While Gray wasn’t able to get his hands on the silverware on Sunday, he was pleased for Richards and the Te Akau team.

“It was quite a good thrill, even though she beat my own horse,” Gray quipped.

“The wet track didn’t help me, but I am pleased that Entriviere has done well for Te Akau because we can’t do without them at the moment, a lot of us trainers don’t have that money to pay for horses.”

Gray bred Entriviere in partnership with his wife Kathleen, however, the mating was selected by a client of his son, Singapore trainer Stephen Gray, who leased the dam, Marcey’s Belt.

“I leased the mare to Stephen for a client in Singapore and he put her to Tavistock, who I would have gone to myself,” Gray said.

“The guy who leased the mare died while the mare was carrying the foal. I had other horses around here, so we sold her.

“Te Akau bought her, and they have just let her have time. I am pleased they have got her, she is getting every opportunity with them and now she is a multiple Group Three winner with plenty of upside.

“All of the family can run, that’s the best thing about it.

“I have still got the mother of Entriviere here and two half-sisters, both by Burgundy.”

While pleased with the result and its enhancement of a number of his mares’ pedigree pages, the Octogenarian horseman said he is starting to wind down his breeding operation.

“Because of my age I am going to sell some of my mares because I have got enough to race with two and three-year-olds here,” Gray said.

However, with the deeds of Entriviere on the track, her dam Marcey’s Belt may stay in Gray’s ownership for a little while longer.

“It’s (Entriviere’s win) a great help for the family,” Gray said. “I might keep the mare, but if someone came along and wanted to buy her then I would consider it. She is a beautiful mare.”