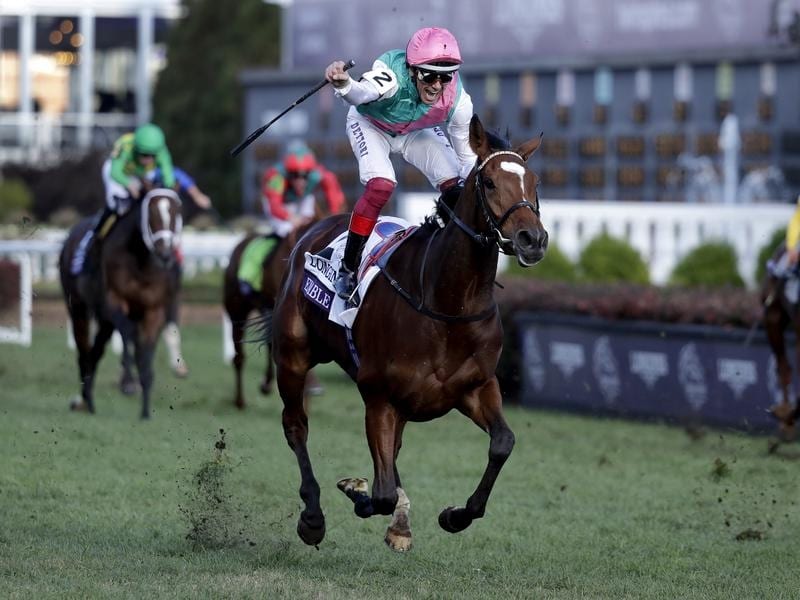 Enable’s two-year-old sibling Entitle has broken her maiden at her second start with a fighting victory at Lingfield.

While Entitle has a mountain to climb to emulate the achievements of her elder sister, she at least showed she has a bright future as well as enhancing her future value.

Weak in the market on Wednesday, she was sent off at 6-1 and taken wide by Robert Havlin to get in a handy position as Jungle Warfare led.

Entitle hit the front two furlongs (400m) out and was immediately challenged by the Queen’s Equal Sum, who had made a winning debut at Wolverhampton at the beginning of the month.

The pair served up a thrilling finish with Entitle getting on top close home to score by a length.

“She was green and you’d think she’d never had a run going down the back. She was just on the wrong leg the whole way round. I couldn’t get her to switch leads,” Havlin told At The Races.

“The second horse came and gave her company. She just needed something to keep her mind on it.

“I was glad he came because it was looking as though she was going to run off the bend. She was on the wrong leg and not handling the bend well.

“I loved her attitude there and she knuckled down when it mattered.”

Out of Prince Khalid Abdullah’s mare Concentric, Entitle is by Dansili and Enable by Nathaniel.