Enable To Race On Towards Another Arc 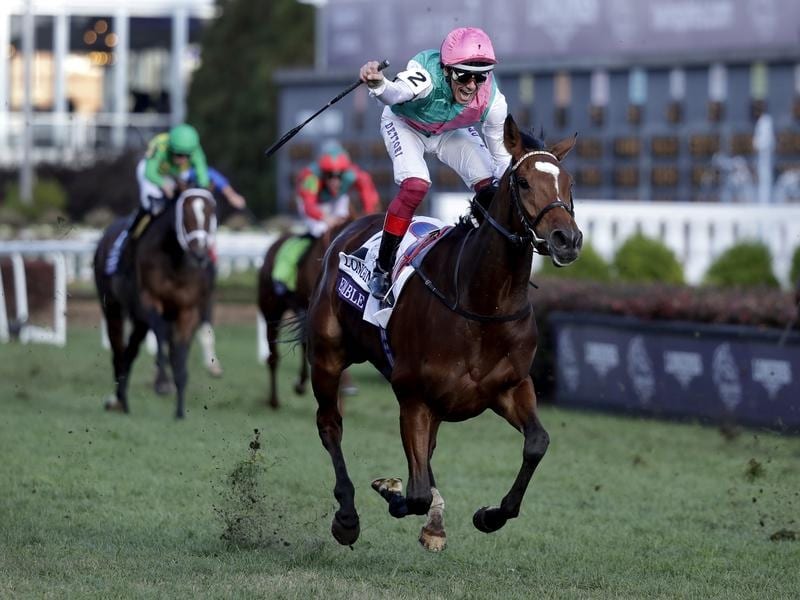 Enable will stay in training and be aimed at an unprecedented third win in the Prix de l’Arc de Triomphe.

Owned by Prince Khalid Abdullah and trained by John Gosden, Enable has had three starts this year for three wins, adding the Breeders’ Cup Turf to her second Arc win.

“I think Prince Khalid wanted time to reflect on the Arc and Breeders’ Cup and time to enjoy it before he started to think about the following year,” Grimthorpe told Press Association Sport.

“Obviously it was important that she was in good shape when she came back. She checked out really well, so from that point of view it gave us the encouragement to go on.”

Enable is one of eight dual winners of the Arc in its 98-year history, and Grimthorpe is under no illusions about what a third triumph would represent.

“A third Arc would certainly be a challenge to say the very least, but that’s what racing is all about – taking these challenges,” he said.

“I think if we’d had a full year this year, it would be hard to say what might have happened, but she only had one race as a two-year-old, a full season at three and then just three runs this year, so there are not too many miles on the clock.

“She still enjoys her racing, so she will be given her chance to make a bit of history.”

Her jockey Frankie Dettori spoke of his delight at the news.

“It’s made my day,” he told the Daily Mirror.

“She showed what an incredible filly she is this year – the horse of a lifetime.

“It’s easy for horses to show their best when everything is going for them, but she had to miss most of the season with injury and to come back and do what she did was very special.”