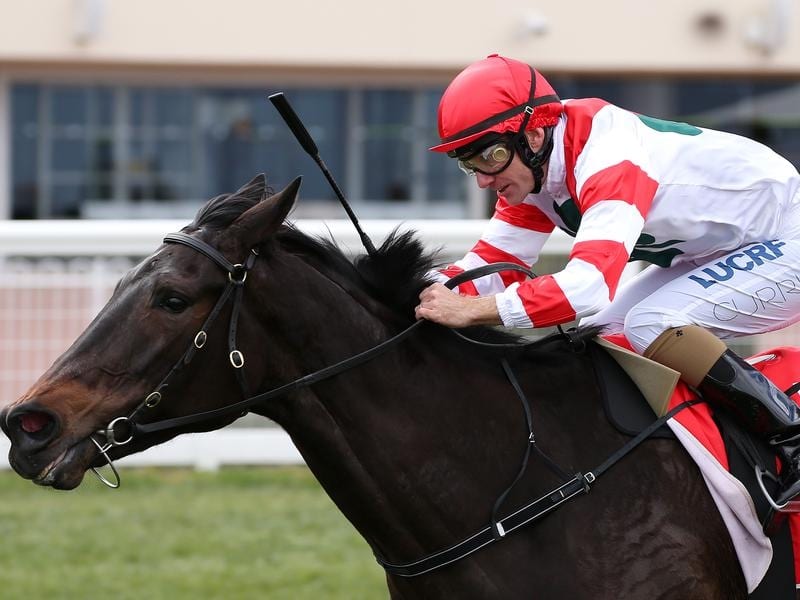 After going agonisingly close to winning a Group One with Miss Siska in the autumn, trainer Grahame Begg is hopeful the mare can deliver an even better result at the elite level this spring.

Her performance in the Group One Coolmore Legacy Stakes (1600m) at Randwick during her previous preparation in April indicated to Begg she had the class to be a contender for the Empire Rose for fillies and mares this spring.

Miss Siska hit the front early in the straight in the Coolmore Legacy only to be swamped in the final strides to finish a close fourth behind Kenedna, Dixie Blossoms and Unforgotten.

“She can certainly measure right up amongst them,” Begg said.

“That was as good a field as you’d get for mares. A lot of them have been retired now.

“Obviously they’re not easy to win and she probably needs to win something to get her rating up a bit more to assure herself a start (in the Empire Rose).”

Miss Siska is a half-sister to star sprinter Hay List who won three Group One races during his career, much of it spent racing against Black Caviar.

Six-year-old Miss Siska won first-up last preparation over 1400m in the Gold Bracelet at Bendigo in her first start for Begg, having formerly been trained by Tony McEvoy and Tony Noonan.

She has two wins from four first-up attempts.

“She is coming along well but she has got good improvement in her,” Begg said.

“She still looks very wintry in the coat but her coat is just starting to shift now and once she gets a run under her belt it would certainly bring her on.

“I’d say she was probably a tad more forward last preparation when she won at Bendigo, and obviously this is a different grade of race too.

“She will certainly run well, there’s no doubt about that, but with good improvement to come.”

Fidelia, unbeaten at Flemington from three appearances, was the equal $4 favourite for the Let’s Elope on Thursday along with My Pendant ($4.20), while Miss Siska was rated a $13 chance.