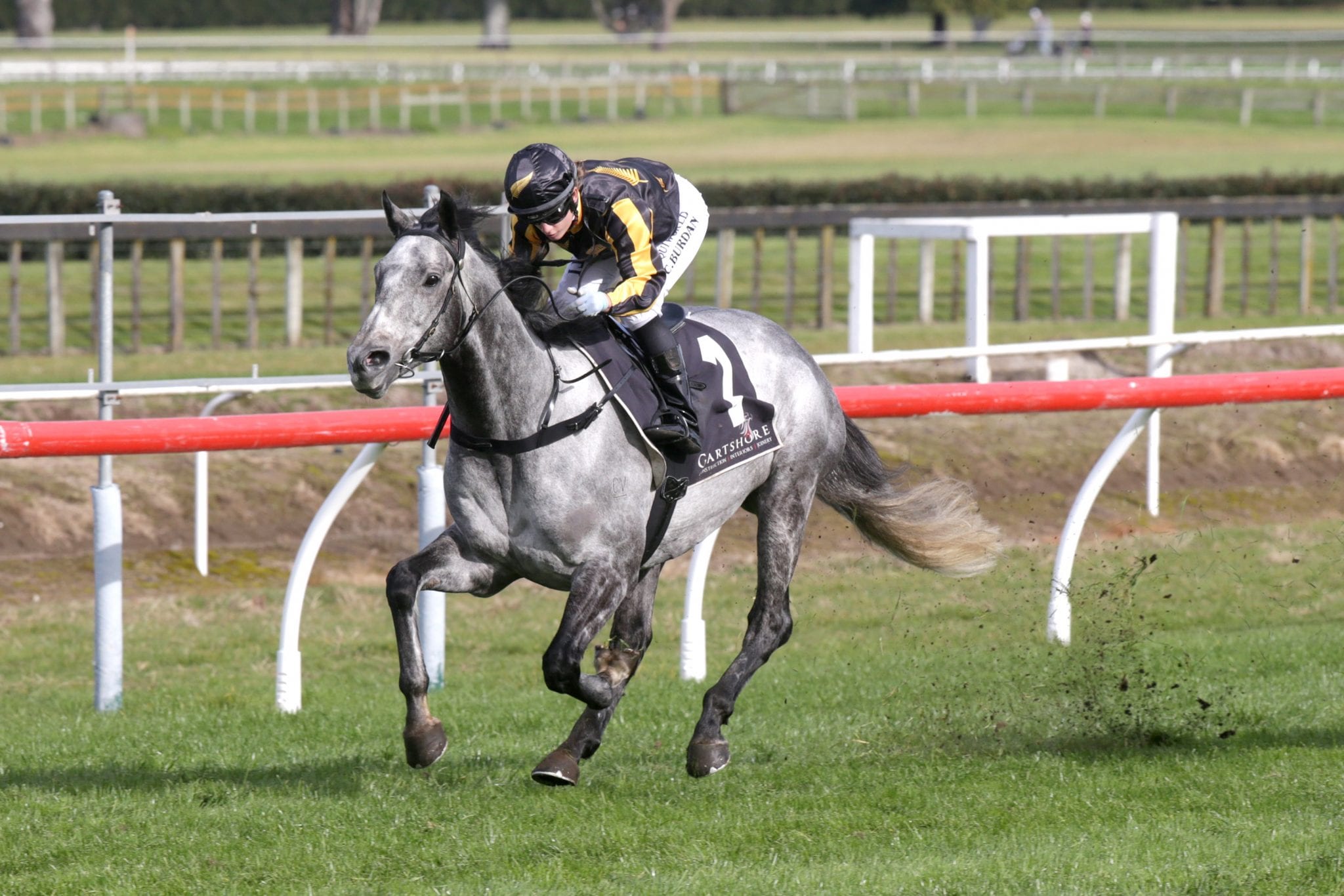 Hayward was on cloud nine after the Group 2 winner broke through for his first win in two years when comfortably winning the Seeka Premier (1200m) at Tauranga on Saturday. That thrill was also felt by co-trainer Margaret Carter, who has shared Hayward’s perseverance and faith in the six-year-old son of Battle Paint. “It was like winning a Group race to us,” Carter said. “It was fantastic to see him win again and I’m stoked for Allan. He’s the owner who has been paying the bills all the way through and he’s had so much faith in the horse.”

Carter and her husband, Tim, train a team of about a dozen horses and, being a smaller stable, she said each one is treated like one of the family. “They’re like my own horses. That’s how I treat them,” she said. “That’s why it means so much to see Battle Time win again after all the problems he has had. As we’ve been told, class is permanent, and he’s proved that.” A Group 1 runner-up as a two and three-year-old, Battle Time was diagnosed with a bone chip in a knee after his second behind Xtravagant in the New Zealand 2000 Guineas (1600m) at Riccarton. He returned from the bone chip operation to win fresh-up five months later at Tauranga and won again on the same course that campaign before recording a further Group 1 placing when fourth in the Windsor Park Plate (1600m) at Hastings on route to his most important success, the Group 2 Coupland’s Bakeries Mile (1600m) at Riccarton in November 2016.

After a couple more placings, he won again, over 1400m at Ellerslie, but the faith of Hayward and the Carters was then called upon big time in a bid to get him back to top form. Finally two years and nine starts later that day came at Tauranga on Saturday. “He was his old self,” Hayward said. “He was never going to stop. It was such a thrill to see him win like that. “I know Margaret (Carter) got as much of a thrill as me from the win. She has put a lot of work into him. “And credit goes to Chelsea Burdan who rode him. She rode him like he was the best horse in the race and looked after him.”

Carter knows one win on the comeback trail doesn’t mean they’re out of the woods with Battle Time, but at least it’s promising. “One thing is for sure we won’t be running him again on hard tracks,” she said. “He’s been unsound for so long and I still wonder if his problems stem back to the bone chip he had. “But he seems to have come through the race well so we’ve got to work out where next with him. Maybe it’s worth waiting for the (Listed) Opunake Cup over 1400m at New Plymouth next month.”

Having now got Battle Time back in winning form, Hayward is hoping the Carters can work the oracle on an even tougher scale with his eight-year-old half-brother Farm Boy (by El Hermano), who has been off the winner’s list for more than four years. Farm Boy’s last success, and most important of his five wins, was in the Group 2 Avondale Gold Cup (2400m) at Ellerslie in February 2015 before finishing third in the Group 1 New Zealand Stakes (2000m), also at Ellerslie.

His career looked over two years ago, but he has come back this season and given his connections hope with a couple of placings and some encouraging runs. “He went a shocker last time and really he shouldn’t have started,” Carter said. “He’s had another patch of viruses which he always seems prone to. “He’s taken a while to get over them and he’s bounced back so we’ll press on and give him another shot. He’s worth it.”