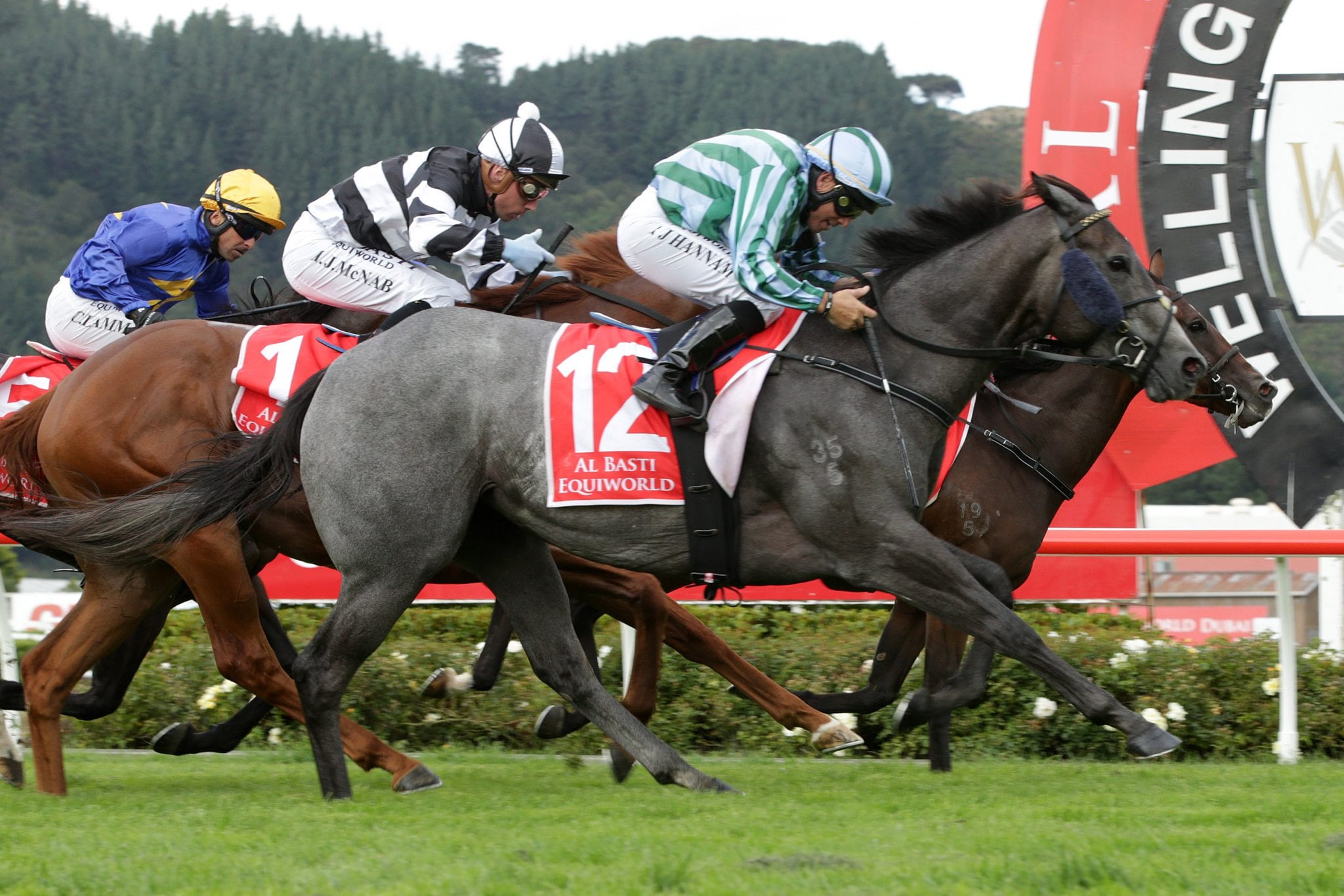 Riccarton trainers Pam and Kevin Hughes are looking forward to welcoming stable star Emily Margaret back into the team next month after her bone-chip operation.

A decisive winner of the New Zealand Bloodstock Southern Filly of the Year title, Emily Margaret was sent to Cambridge for surgery after ending her three-year-old campaign with a second behind Secret Allure in the Listed New Zealand Bloodstock Airfreight Stakes (1600m) at Riccarton in early April. “She went up to the Cambridge Equine Clinic and had chips taken out of both knees,” Pam Hughes said. “She’d had them for a while so it goes to show what a tough wee unit she is. “They said the operation has been 100 percent successful. She has been recovering at Maara Grange in Cambridge and has started working on the treadmill. She’s due back down with us in mid-August.”

Her huge Wellington Guineas performance was a boost to her profile when defeating Vigor Winner and Dawn Patrol. Vigor Winner went on next start to deadheat for first in the Group 3 Cambridge Breeders’ Stakes (1200m) at Te Rapa, while Dawn Patrol had been runner-up to Madison County in the Group 1 New Zealand 2000 Guineas (1600m) at Riccarton.

Emily Margaret earned a crack at the Group 1 New Zealand 1000 Guineas (1600m) at Riccarton last November when a creditable seventh to Media Sensation and, all going well, she will be back at the New Zealand Cup meeting this year with her mission being the Group 3 Stewards Handicap (1200m) on November 13. “We’ll obviously space her races and the aim is to have her ready for the Stewards,” Hughes said. “She’s pretty fast and her pet distance is up to 1400m so she should be ideally suited.”

Emily Margaret has speed in her pedigree as she is from the O’Reilly mare Seven Schillings, who was the top filly on the 2008-09 New Zealand 2YO Free Handicap after winning the Group 3 Taranaki 2YO Classic (1200m) and runner-up in the Group 1 Diamond Stakes (1200m) at Ellerslie.

While Emily Margaret is progressing well, Albut Me, one of the 10 horses the Riccarton couple have in work, is being set for a tilt at the Group 3 Winning Edge Presentations Winter Cup (1600m) at Riccarton on August 3. The four-year-old son of Align has recorded three wins and six placings from 18 starts, but is well down the list with a rating of 74 for the Winter Cup. “He’ll go to Timaru on the 26th (July) for a rating 72 1600m and our apprentice Sanu Toolooa will ride him,” Hughes said. “Hopefully he’ll pick up enough points there for the Winter Cup. “We’ll freshen him up after Timaru. He’s easy to freshen and he goes on any sort of ground.”

Albut Me’s recent form has been franked by Sitarist, John and Karen Parsons’ open 2200m winner at Ashburton last week. Sitarist beat Albut Me at Riccarton on May 31 then the tables were turned when Toolooa guided Albut Me to victory over Sitarist on the same track last month.

Meanwhile, five-race winner Nakyama will spearhead the stable’s interest at the Timaru meeting on Friday when contesting the rating 82 1200m. “He’s just waiting for the rain,” Hughes said. “We keep running him to have him fit enough when he gets it. But it doesn’t look like enough is coming yet.”