Elsie May out to cause Guineas upset 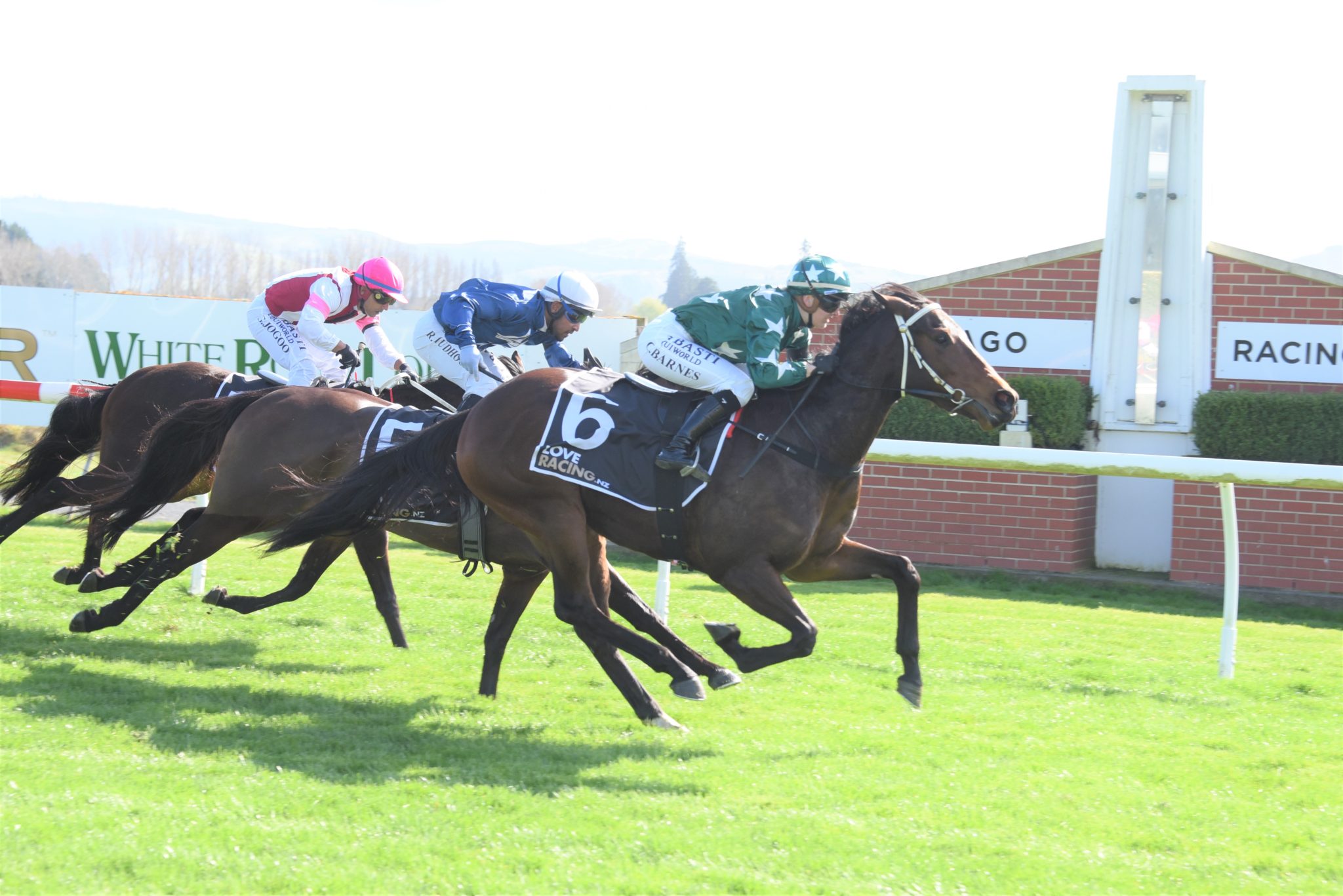 Success in Saturday’s Listed Gore Guineas (1335m) for Elsie May might save Wingatui trainer Shane Anderton from unwelcome jibes from his in-laws.

That’s the quip from the trainer ahead of the Time Test filly’s first black-type race assignment.

Anderton, who trains in partnership with his father Brian, has his sister Karen Stewart in the ownership, along with her husband Wayne, their son Jack and his wife Emma.

“It’s a black-type race for good money so as you can imagine, I’m getting a bit of pressure from the in-laws,” Anderton said.

Elsie May has won two of her three starts, securing her shot at the Gore Guineas with a tenacious last-start win on a heavy track at the same track in mid-December for rider Kylie Williams.

“It was a good effort. She showed a fair bit of guts and Kylie said she wasn’t 100 percent in the ground,” Anderton said.

“This is a step up in grade again and there are some nice three-year-olds in there but if you’re not in you can’t win.

“She’s a pretty laidback filly. She hasn’t had a run for a while but she’s jumping out of her skin. I’m quite happy with her. Kylie is sticking with her which is a bonus.”

Online bookmakers have Elsie May as a +1400 outsider in a Gore Guineas market headed by Redmond at +350.

Anderton reported that Elsie May had prepared well for the Guineas and suggested she would be positively ridden from barrier two.

“I can see her being in the first half dozen from that draw. If she can settle just in behind them and come off their backs, that would be good,” he said.

“We’ll take it one race at a time with her. We’ve got a good fillies series coming up here. We’ll get a good line on where she sits against the colts and geldings this weekend, so we’ll work from there.

“You can’t fault her form so there’s no reason she can’t run a good race.”

The Andertons have six runners accepted for Gore, with Direct Flight, Giveherago, Camise, Cherryville and Rosy Clark slated to run on the undercard.

“Giveherago went a really good race last start,” he said. “They ran 1:08 at Timaru, which was pretty slick for there, and she worked really well the other morning.”