Ellicazoom Ready To Fire At The Gold Coast 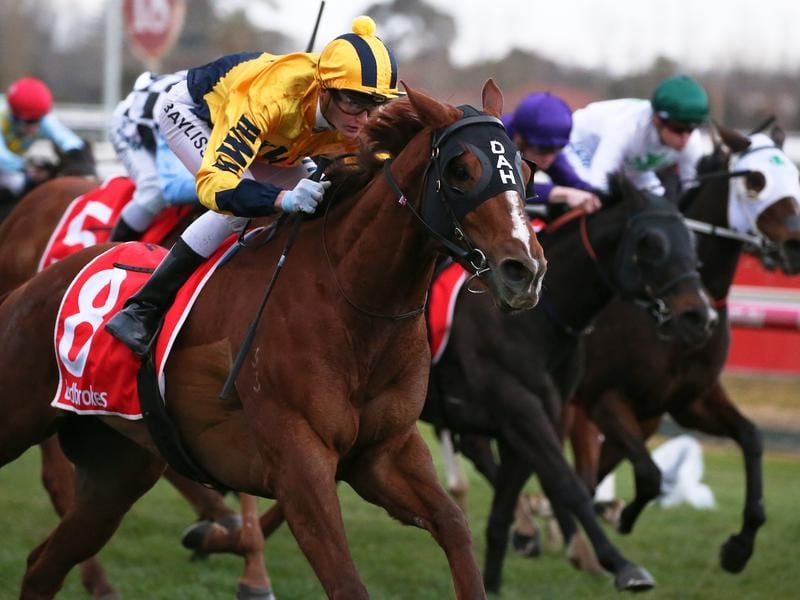 If recent trackwork is anything to go by, co-trainer Tom Dabernig is confident former West Australian mare Ellicazoom is set to give the Magic Millions Fillies And Mares race a shake at the Gold Coast.

Ellicazoom resumes from an eight-week let-up in Saturday’s $1 million 1300m-race and will be out to repeat the form which earned her a Group Three Cockram Stakes win in September.

“She is good first-up or fresh and she has really been working the place down.

“I think the 1300 metres is a nice in-between distance for her and if she runs up to her best she will certainly be in it.”

Ellicazoom is one of five runners for Lindsay Park co-trainers David and Ben Hayes and Dabernig on Saturday’s rich Magic Millions program.

A winner of three of her 21 starts, Ellicazoom began her career in the west with trainer Neville Parnham before joining the Lindsay Park stable in Victoria ahead of last year’s spring carnival.

After winning the Cockram Stakes first-up she ran second in another Group Three sprint for mares at Caulfield.

Her spring ended after unplaced runs in the Tristarc Stakes and Kevin Heffernan Stakes.