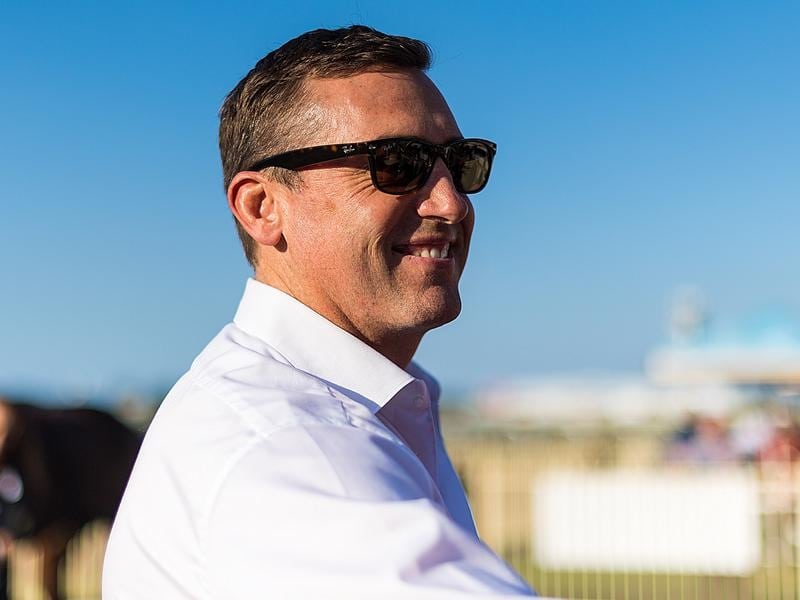 Top Queensland three-year-old Ef Troop has come through a trial win in fine fettle and will begin his campaign at Doomben with Brad Stewart as his new jockey.

Ef Troop is one of 13 entries for Saturday’s Three-Year-Old Handicap over 1110 metres while stablemate Outback Barbie, who also won a trial at Doomben last Tuesday, will have the first start of her preparation in Sydney.

Outback Barbie will run in either the Silver Shadow Stakes at Randwick on August 18 or the San Domenico Stakes Rosehill a week later.

Trainer Tony Gollan said he was lucky to have so many options for the pair in the next six months.

“It is no use getting ahead of yourself. I know every trainer says it but I have learned to take things one step at a time,” Gollan said.

“In this day and age there are so many options for good horses. If Ef Troop gets through Saturday in good order he will definitely head south. But whether that is Sydney or Melbourne remains up in the air.”

Gollan said he had the Magic Millions carnival in January at the back of his mind for both horses.

Outback Barbie finished third and Ef Troop fourth in the Magic Millions 2YO Classic at the Gold Coast before both were placed in stakes races during the autumn in Sydney.

The unraced filly ran faster time than Outback Barbie and slightly slower than Ef Troop when she also won a trial last week.

“She can race at the Gold Coast next Saturday or in Toowoomba the next week for QTIS money before we head to town with her,” Gollan said.