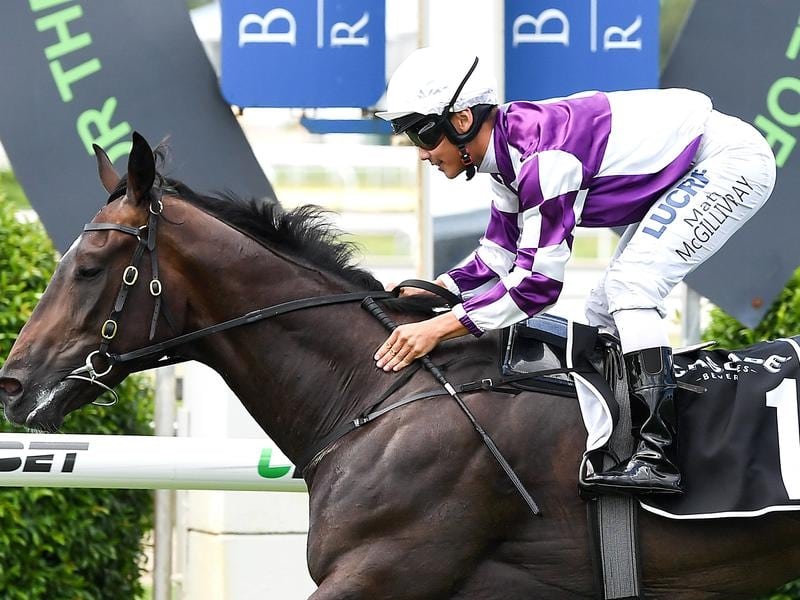 Talented three-year-old Ef Troop is back in Sydney and has been given a clean bill of health vets after his defeat at Flemington on Saturday.

Ef Troop finished with the tailenders in the Danehill Stakes after being ridden back in the field.

Trainer Tony Gollan said Ef Troop was back at Randwick in Sydney and hopefully would be able to continue his spring campaign.

“The vets have been over him twice and given him the all clear,” he said.

“I will get them to have another look and all being well he will run in the Roman Consul Stakes in three weeks.

“After the Roman Consul we can freshen him up for the Magic Millions or wait for the autumn.”

Meanwhile, Gollan’s other smart three-year-old Outback Barbie has returned to Queensland after another luckless run on Saturday in the Tea Rose Stakes.

“She got into a lot of trouble coming to the turn but still ran on well. She hasn’t had much luck,” Gollan said.

“Outback Barbie is already in the paddock and will be back in three weeks to get ready for the Magic Millions.”