Ef Troop At Crossroads In His Career 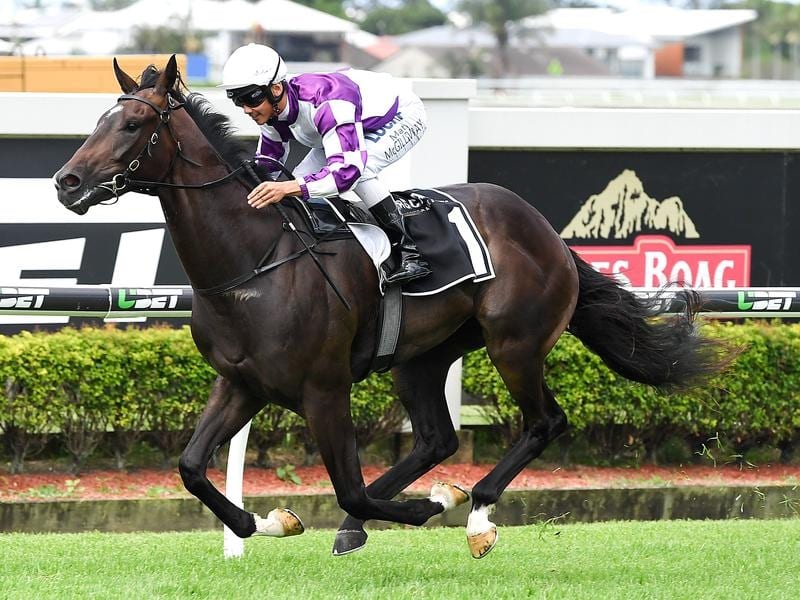 Classy three-year-old Ef Troop will be master of his own destiny when he has his next start at Doomben.

Ef Troop is typical of trainer Tony Gollan’s horses this winter, being a good performer but hamstrung by bad luck and wet weather.

The gelding showed his class when favourite in the 2018 Magic Millions 2Y0 Classic and being stakes placed in the Sydney autumn that year before being unplaced in the Golden Slipper.

Ef Troop was kept for the winter this year and was an impressive first- up winner at Doomben before striking trouble in a race at Eagle Farm.

He then set a cracking pace before being run down near the line when second to smart mare Smartypy on June 15.

Gollan had planned to run Ef Troop in a Class Six last week at Doomben but scratched him when the track was rain-affected.

“He has shown he doesn’t like really wet tracks and he has run into more than few this winter,” Gollan said.

“So it is a waste of time running him on them. Last Saturday he also had a wide barrier and it would have been a real test.

“He has his share of weight (61.5kg) this Saturday but we are claiming with Baylee Nothdurft so he isn’t that badly off.”

Gollan said Saturday’s three-year-old handicap over 1200 metres was the toughest on the day and it would prove a good guide to Ef Troop’s place in the pecking order.

Gollan pointed out Ef Troop has won three of his four starts at Doomben with his other run producing an unlucky second.

“The track should dry out so he has a few things in his favour,” Gollan said.

There are several options open for Ef Troop but his future should be clearer after Saturday.

“Really he will let us know which way to go. He has only had three starts this time and we could try to stretch him into the early spring,” Gollan said.

“We could also find something up here or put him away for the Magic Millions carnival in the summer.”

Ingear was attacked most of the way in the lead, got on the wrong leg and was green but still won an Ipswich maiden by five lengths.

“She worked very well this week although she was still a bit green but as long as she continues to please me she will run,” Gollan said.

Unbeaten stablemate Zoustyle is back in Gollan’s stable being prepared for the Sydney spring.

Zoustyle, who has won six from six, is being set to resume in the Concorde Stakes in Sydney on September 7.

Another stablemate, Outback Barbie, has gone for a long spell and will be back for the Magic Millions carnival.