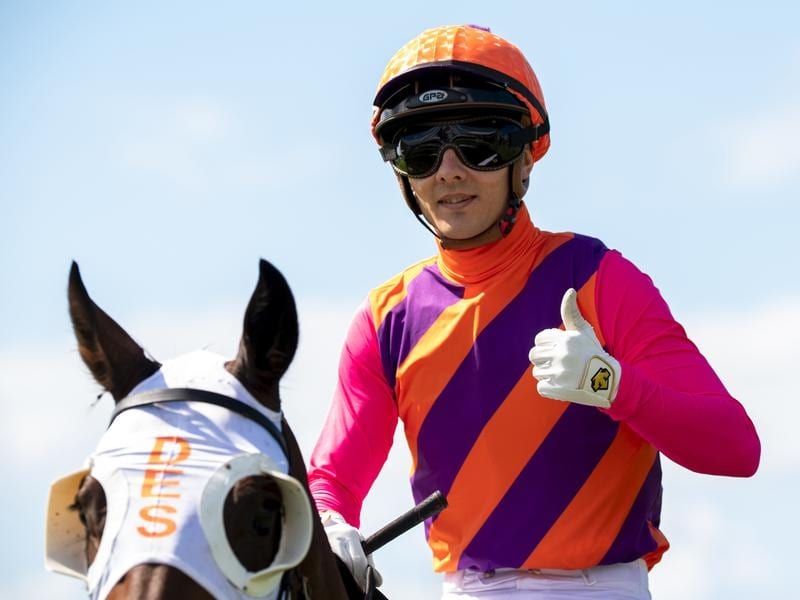 Hours of extra work with two-year-old Eelloh paid off for trainer Desleigh Forster when the filly gave her her first $101 winner at the Sunshine Coast.

It was Forster’s fourth winner for the week and while Eelloh was a huge price, the win wasn’t totally unexpected.

“She has been a bit of a pet project for me. I have been riding her track work and we put blinkers on her which have improved her,” Forster said.

“I said to one of my other workers that 1200m around the Sunshine Coast should suit her. That is how it turned out.”

Eelloh, who is named after the Electric Light Orchestra band cost $20,000 at the Magic Millions March Sales.

The filly is raced by some of Forster’s greatest supporters including Doug Forbes, Mary Collier, Anthony Vitzana and Norm and Chris Mayne.

“They have been with me going back to my early days with a very smart sprinter called Adebisi and I love winning races for them,” Forster said.

“Eelloh is only small and she got a couple of checks in the run. She can go for a spell now,” Forster said.

The win also continued the great run for Forster with jockey Taylor Marshall.

“I reckon Taylor has won four of his past five rides for me and I keep saying he deserves more chances,” Forster said.