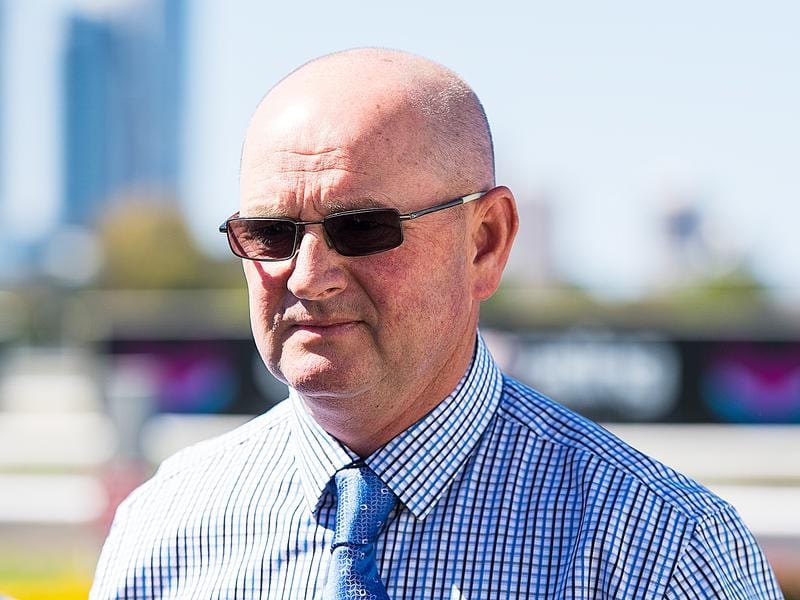 Toby Edmonds will be trackside at Flemington on Saturday to saddle up three horses at the Victoria Derby meeting but he will be keeping a close eye on his contingent of runners at Doomben.

Edmonds will start three-year-old Grim Reaper along with in-form mares Winter Bride and From Within in stakes races at Flemington on what is one of the most significant race cards on the Australian calendar.

“It’s our first Derby day with runners in feature races for quite a while,” Edmonds said.

“It’s a big day and a day all the trainers like their horses to perform, so hopefully ours can.”

Edmonds is also hoping to play a winning role at Doomben, although his stocks are set to be reduced due to wide barrier draws.

The stable paid up for four horses but Prompt Return is unlikely to run after coming up with the outside gate, while Edmonds will have a closer look at the two-year-old fillies’ race before deciding if Champagne Jet takes her place from barrier nine.

Dream Master is set to line up in the WEARECO Hcp (1110m) and will be out to atone for a roguish last-start performance when he lost all chance after bucking shortly after the start.

“He does that sometimes when he’s really fresh. He’s had that freshness taken out of him now so he should be fine for Saturday,” Edmonds said.

“He took good steps last preparation and obviously he’s had a spell since and come back and strengthened and matured.

“He still did an immature thing the other day but hopefully that’s out of his system and he can knock off one of these type of races.”

Madam Shazam will chase her fifth win in succession in the BAC Friends Of Sam Plate (1615m), her first start since she finished strongly to score at Doomben in mid-September.

“Her runs are spaced once again. Jeff Lloyd rides this weekend, she will be ridden quietly and she should run on nicely,” Edmonds said.