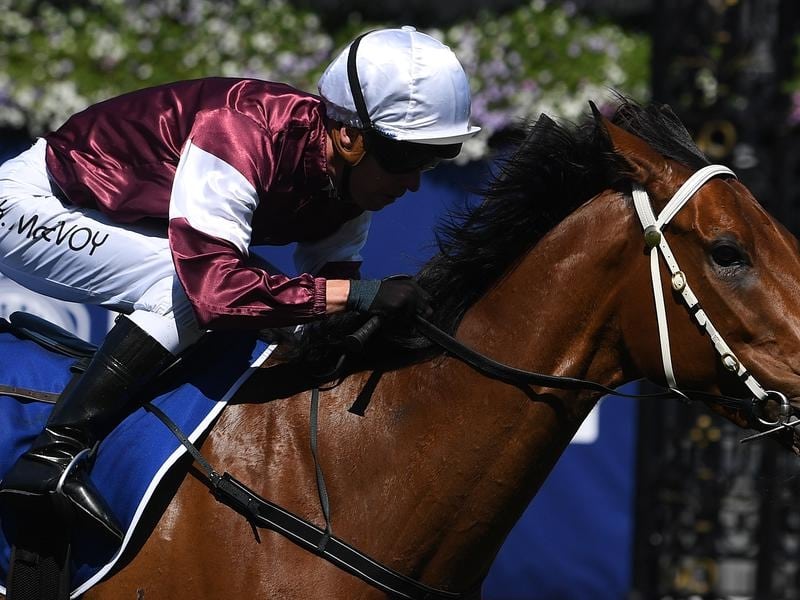 Eckstein has scored a confidence-boosting win at Flemington that her trainer hopes will land her a Group One victory later in the spring.

Trainer Kurt Goldman has set the mare for the Myer Classic at Flemington on November 3, a race Eckstein was beaten narrowly in by Shoals last year.

Following Saturday’s win in the Paris Lanes Stakes, Eckstein will return to Goldman’s Goulburn stable as the trainer plans a campaign towards the Myer Classic.

Ridden by Kerrin McEvoy, Eckstein ($6) scored a two-length victory over Spanner Head ($16) with Plein Ciel ($6.50) a short-head away third.

Goldman elected to run Eckstein in Saturday’s race in preference to the Blazer Stakes, a race restricted to mares, in a bid to get the five-year-old back into winning form.

“She hasn’t won for well over a year but has gone very close and only went down by a nostril in the Myer last year,” Goldman said.

“She’ll go home tomorrow and have a bit of an easy time and then come back down.

“If she can come back down with some confidence, she might be hard to beat this year.”

Goldman is wary of returning for a race on Caulfield Cup day saying the mare didn’t handle that track last year and may instead trial Eckstein with the four-week break between Saturday’s win and the Myer Classic.