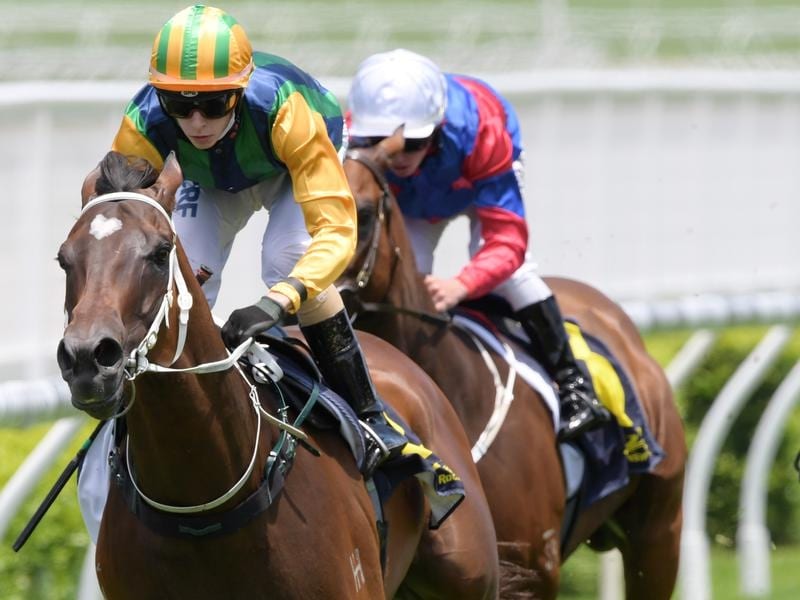 Easy Eddie has earned his first crack at stakes company with his win at Randwick confirming his on track for the Listed Takeover Target Stakes at Gosford.

His trainer Joe Pride has won the race three times with Title (2011), See The World (2012) and Ball Of Muscle (2015) and believes Easy Eddie is the ideal horse to give him a fourth.

The four-year-old was the shortest-priced favourite on Saturday’s program, starting at $1.55 in the five-horse field for the Benchmark 88 sprint over 1150m.

He lived up to his supporters’ faith, beating Intuition ($3.80) by a comfortable 1-3/4 lengths under apprentice Robbie Dolan.

“He will go to Gosford,” Pride said.

“I think it is the right race for him to step up. Robbie will keep the ride.’

“He has done everything right on him.”

Dolan has ridden Easy Eddie three times for a third behind Kapajack and Mister Songman followed by two consecutive wins.

His latest win took Easy Eddie’s record to seven with another seven placings from his 18 starts..

Easy Eddie is connected to the family of the Pride-trained Group One winners Tiger Tees and Terravista and Group Two winner Ball Of Muscle.

He is a son of former Singapore Horse of the Year Super Easy whose dam was Parfore, the mother of those three Pride-trained sprinters.