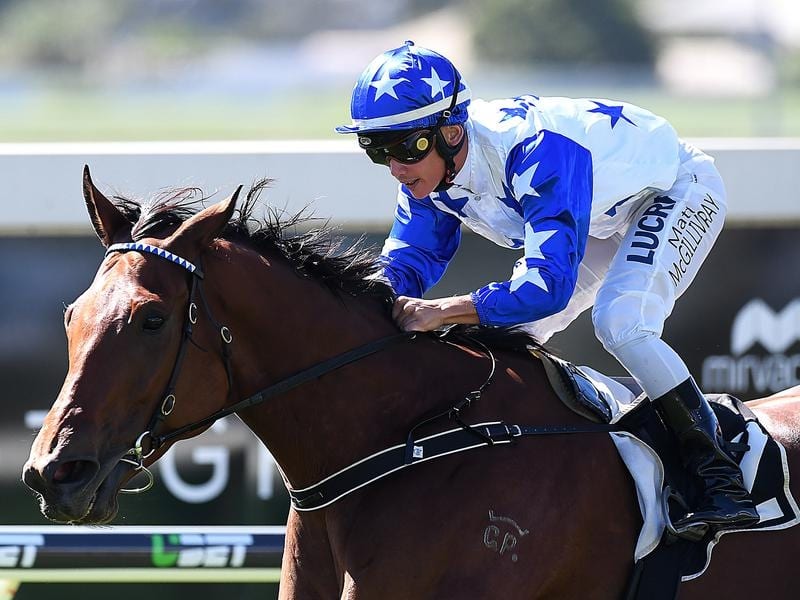 An expected breakneck early pace will give quality sprinter Havasay a chance to win over the shortest sprint distance at Doomben.

Saturday’s Listed Bribie Handicap (1050m) has attracted a field of eleven and at least five are regarded as horses who like to race on the speed.

Both his runs over 1050m have been in Listed company in last year’s Bribie and the Falvelon Handicap and he ran third in each of them,

Havasay won the Ramornie Handicap at Grafton in fast time before being unplaced in two runs in Melbourne during the spring.

The gelding had little luck in either race and the decision was made to return to Queensland for the summer.

“He flew home to be third in the Bribie last year and he will just need some luck,” Russell said.

“One thing he doesn’t want is heavy rain. If the predicted downpour comes he won’t run.”

Havasay has been one of the horses affected by a one-year ban on Birchley in Victoria for the Aquinita case.

Birchley is allowed to train in Victoria and Queensland on a stay but he is barred from training NSW.

Birchley’s appeal against the ban is ongoing in Melbourne.