Duke Wai takes the feature on the eve of HKIR week 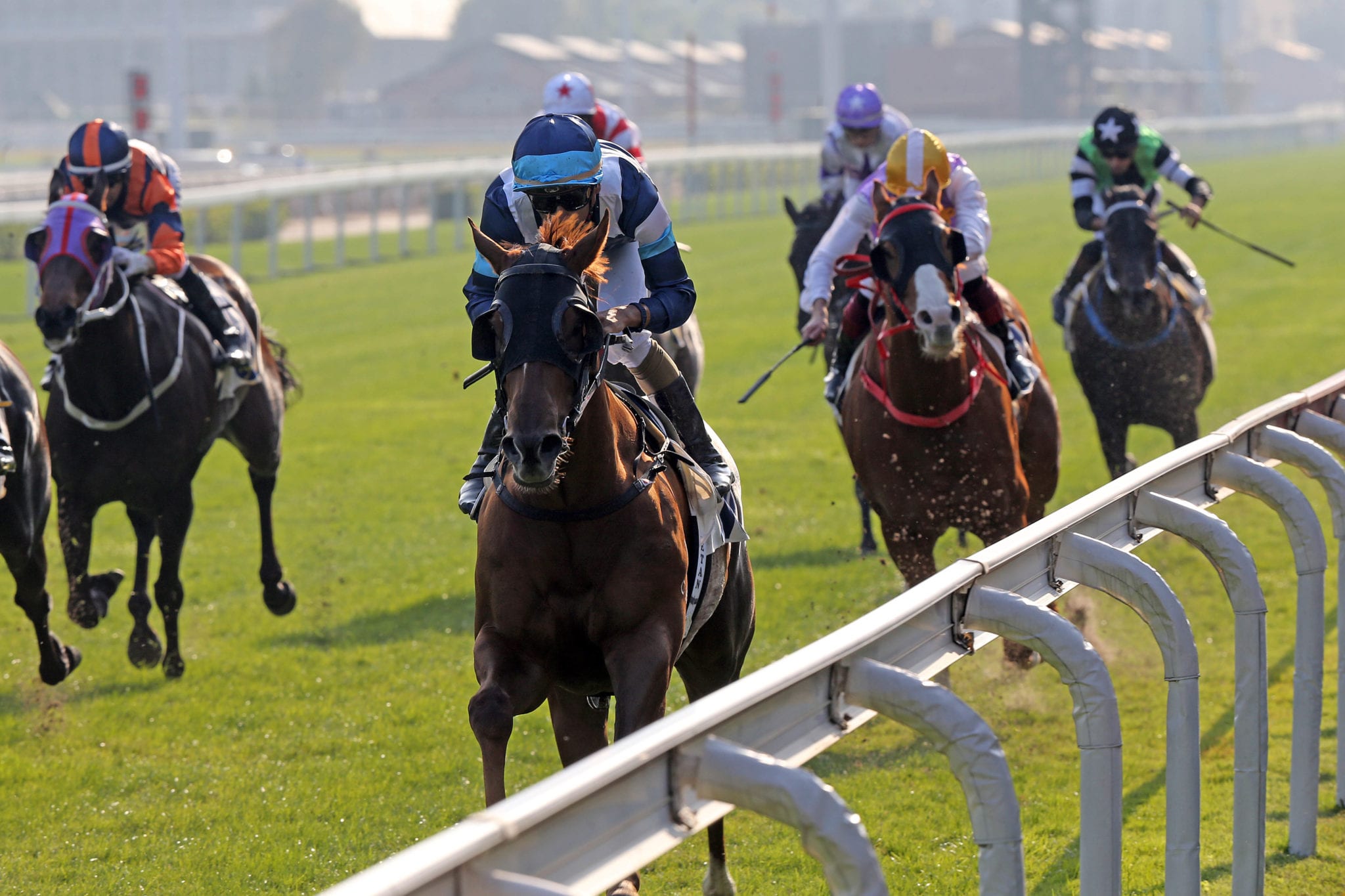 All but one of the overseas raiders are on the ground ahead of the HK$93 million LONGINES Hong Kong International Races – Australia’s In Her Time is on her way – but that’s of little concern to Duke Wai (120lb) who made it two wins on the bounce with a smart win in yesterday afternoon’s (Sunday, 1 December) feature at Sha Tin.

A HK$28 million pot and Group 1 status come with next weekend’s biggest feature: today’s Class 3 Peninsula Golden Jubilee Challenge Cup Handicap (1000m) is lengths removed from that but the HK$1.45 million purse is not to be sniffed at and trainer Paul O’Sullivan was delighted with his maturing four-year-old.

“He’s making good strides and he’s relatively lightly-raced,” the Kiwi handler said. “Paul Chow (bloodstock agent) bought him at the sales for a client and he said, with maturity, he seemed to think he’d get better and he’s quite right.”

Duke Wai went off the 2.5 favourite, thanks to a last-stride mugging of the well-regarded Lucky More a month ago. That horse franked the form with an impressive score last week.

“They’re two pretty conflicting wins – the first one he fell out the gates and (Karis Teetan) rode him the whole way and he got home over the top of them. This one he jumped better, he travelled and finished off nicely,” O’Sullivan said.

The Per Incanto gelding still needed rousting at the break today but had enough toe to be travelling nicely in mid-pack along the outer fence by the 600m point. The real work began approaching the final two furlongs and the game gelding did not shirk, driving to the lead with 200m to go and keeping on for a cosy length and a half score.

“After the last win, he’s definitely improved,” jockey Karis Teetan said. “Mentally he’s better; physically, too. Last time they went fast and he just couldn’t find his momentum but the last time I trialled him I could see that he’d already improved from his last win, he felt different.

“Because of that, I expected him to jump well today and hold a spot, and he did. He’s got a long sustained run, so that’s the good thing about him. He’s doing everything right over the 1000 at the moment, so I think we’ll keep him at this distance for now but I do believe even going further will be good for him too, in time.”

Duke Wai won one from four starts in his freshman season last term, and while that was at 1200m, O’Sullivan was in agreement with Teetan that the minimum trip works for now.

The John Moore-trained Stronger (133lb) ran a fine second on his Hong Kong debut under Blake Shinn, who had partnered the three-year-old colt to a Group 3 win the last time he raced in Australia.