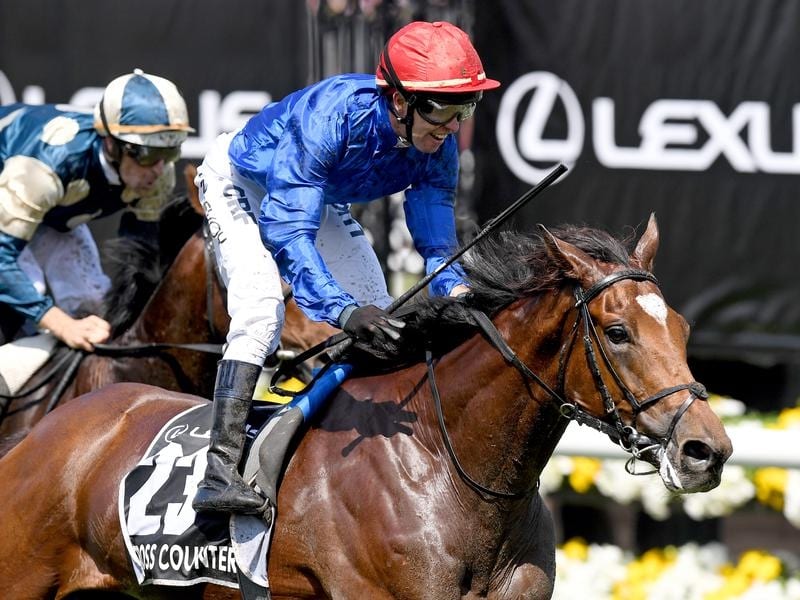 The horse who gave Sheikh Mohammed’s Godolphin its first Melbourne Cup is in line to compete in front of his owner on Dubai World Cup night at Meydan.

Cross Counter powered home to win the Melbourne Cup at Flemington in November and his trainer Charlie Appleby has revealed plans for the lightly raced stayer to make his first appearance of 2019 in the Group Two Dubai Gold Cup on March 30.

“Cross Counter has come back from Melbourne stronger and brighter than ever, and he has put on 25 kilos in body weight,” Appleby said on Godolphin’s website.

“After discussing his program with His Highness Sheikh Mohammed, we have pencilled in the Dubai Gold Cup as a starting point for 2019, and we will see where that takes us.

“It will be an opportunity for His Highness to see Cross Counter on the big night, and also for Godolphin fans in Dubai to give the horse the ‘home town’ welcome he deserves.”

A defence of the Melbourne Cup is among options for Cross Counter.

“A defence of his Melbourne Cup crown is an obvious long-range target but we know he will be getting a lot more weight this time,” Appleby said.