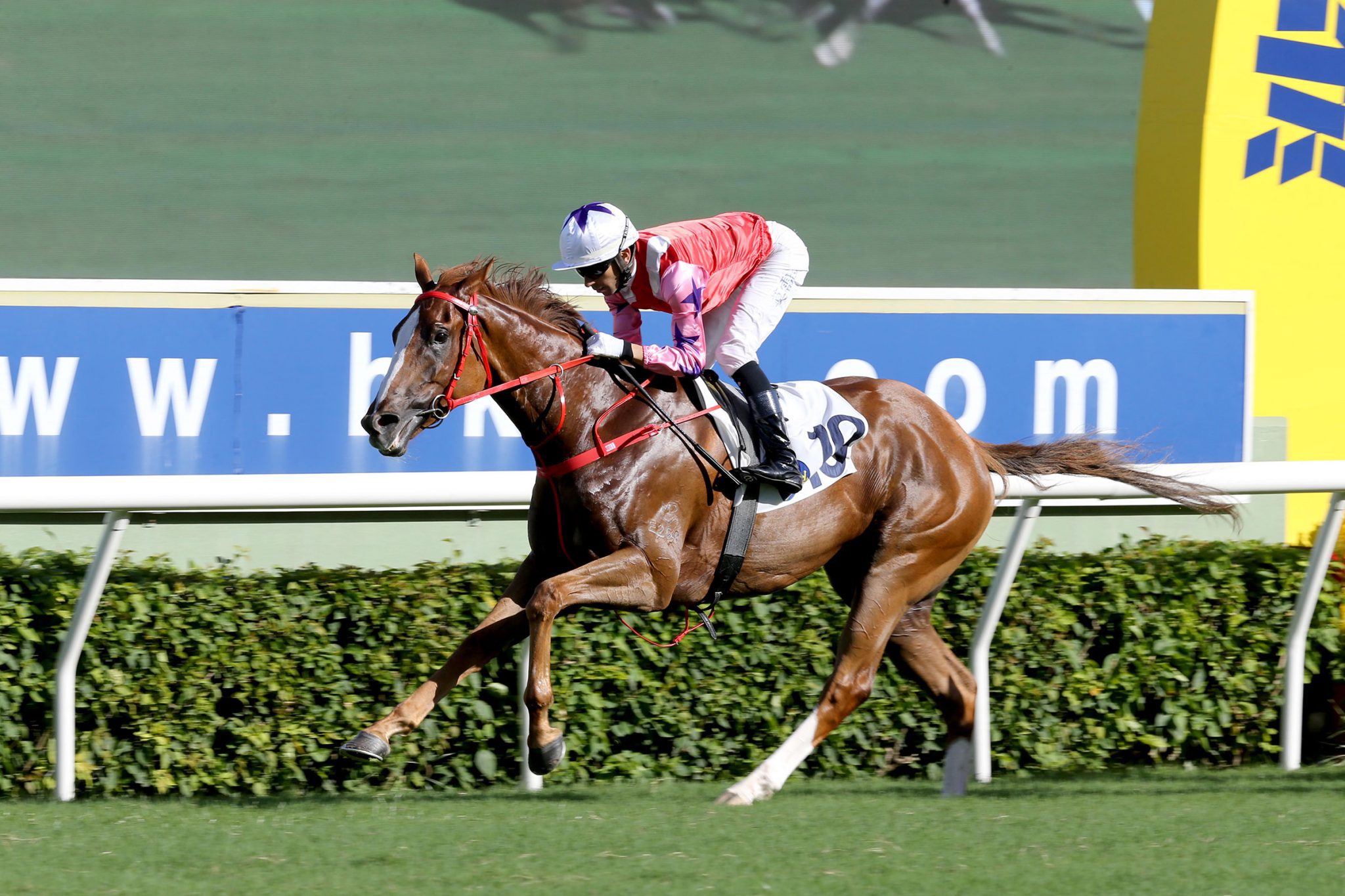 Joao Moreira is confident Drops Of God, leading contender in the Class 3 Chinese Recreation Club Challenge Cup Handicap (1200m) at Sha Tin on Sunday (19 September), is among several quality mounts who can accelerate the Brazilian’s push for a fifth jockeys’ championship.

Moreira will reunite with John Size’s charge for the first time this season, expecting that the son of Mossman can post his third victory from five starts.

“He’s a good horse and I presume he’s going to come back and do good things. He’s got the ability to win again in the class, he’s not even carrying the top weight and I think that is going to help him a bit,” Moreira said, referencing the gelding’s impost of 130lb.

“Certainly, he’s going to be fresh and willing to give his best. His last win was very impressive and we’re far off seeing his best. If he can repeat that performance, he will be once again very hard to beat.”

Equipped with a full book of 10 rides on Sunday, Moreira is similarly positive over the chances of Tony Millard’s C P Brave in the Class 2 Woodpecker Handicap (1600m).

“Apparently, he has had a really good preparation and he was a bit unlucky not to win a race last season. I’m very confident he will be winning a few races this season,” Moreira said of the former William Haggas-trained galloper, who won two races in England as Piranesi.

With five winners for the season so far, Moreira is optimistic he can quickly add to his career tally of 1,107 Hong Kong victories.

“My rides coming up for the next couple of weeks are much better,” he said. “I’m quite happy with the quality of the rides coming up. It gives me a little bit more motivation and excitement and I’m looking forward to riding on the weekend.”

Caspar Fownes will be represented by the The Rock and stable newcomer Zebrowski in the HKD$2.4 million Woodpecker Handicap, the final event on the 10-race card on Sunday.

The Rock will be ridden by Alexis Badel, while Keith Yeung partners Zebrowski, who debuted in Hong Kong with a solid sixth on 5 September at Sha Tin over 1400m.

“The Rock ran really nice (last start),” Fownes said. “Even his last start last season was really good to still hold on for third. I thought the horse could end up in triple figures this season off that performance and he backed it up with a nice fourth first-up over 1400 metres.

“Obviously now to the mile, he’s drawn eight. He’s gone up a bit in weight (from 126lb to 132lb), that’s the only thing that might anchor him but he’s certainly in fine form.

“He’s versatile, so we’ll just see how the track is playing. We’re in the last race and we’ll work it out. If we have to use his speed and go forward, we’ll do that. If we want to ride him conservatively, we can do that as well.”

Zebrowski finished second in the Group 1 Australian Derby (2400m) at Randwick Racecourse in April 2020 and pleased Fownes with his first-up display at Sha Tin.

“On a rating of 82, he ran quite nice and was only beaten a few lengths. Obviously, the step up in distance to a mile is a positive but when they run well first-up, second-up they can sometimes run a bit below par.

“But he’s pleased me in the morning. He certainly looks well and he is hopefully a horse who perform from a mile to 2000 (metres).

“He’s got a lovely draw with no weight on his back. He should make his own luck and give us a big run.”

Badel also accompanies unraced King Of The Court for Chris So in the Class 4 Magpie Handicap (1200m).

“He’s a nice horse, he’s got a good attitude. He looks very honest and he’s done pretty well so far so I am confident he will run a good race,” the Frenchman said.

“He has got good natural speed but I think he’s going to stay a bit longer in the future, so let’s see how the pace is in the race. He’s pretty well educated. He’s a very nice horse. Seems to be fit enough to run well.

“I always respect the opposition but he’s doing well enough to run a very good race.”