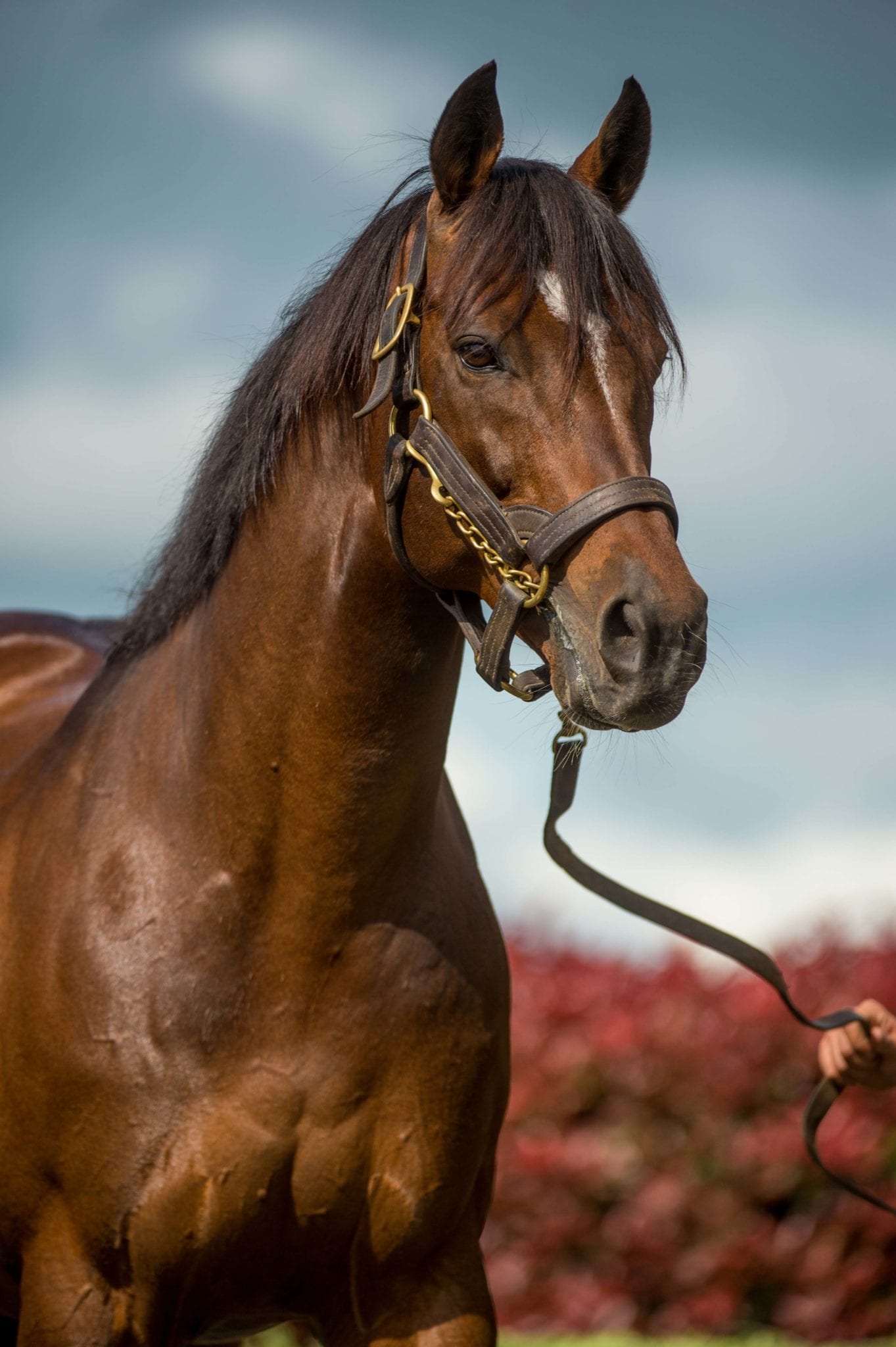 Windsor Park Stud’s young guns have dominated the limelight in recent times with first-season sire titles for Shamexpress and Charm Spirit, but Saturday was all about Rip Van Winkle.

“To get a Group-race double, and a Group 1 winner to boot, is tremendous. It just adds to a great season he’s been having. It follows on from Germanicus in the Group 3 Anniversary (1600m) at Trentham a few weeks ago, while Subpoenaed is an impressive recent winner for Chris Waller who’s on a Group 1 path in the autumn in Sydney.

“He’s always been a very good sire of fillies. Subpoenaed is hugely promising, and Jennifer Eccles showed again yesterday that she is one of the very best fillies in New Zealand this season. “But it’s great that Rip Van Winkle has a world-class male as well in Te Akau Shark. International ratings confirm that, and so did his performance against Lys Gracieux in the Cox Plate (Group 1, 2040m) in the spring.”

Rip Van Winkle sits in fifth place in the New Zealand sires’ premiership this season with 23 winners and more than $860,000 in total prize-money. He has sired a total of 398 winners from 691 runners worldwide, with 31 individual stakes winners headed by the Group 1 pair of Te Akau Shark and the Phoenix Stakes (1200m) winner Dick Whittington.

He started shuttling to Windsor Park nine years ago, and he has been represented by 92 winners from 165 runners in New Zealand. There have been 16 individual stakes winners in New Zealand, with Te Akau Shark and Jennifer Eccles joined by fellow Group winners Capella, Lasarla, Sleeping Beauty, Bizzwinkle, Let Her Rip, Germanicus and Magic Dancer.

“He himself was a world-class miler and one of the highest-rated horses to go to stud in New Zealand,” Till said. “He’s also a son of arguably the greatest sire of the modern era in Galileo, so he provided a wonderful opportunity to breeders in this part of the world and he has always been well supported. “I think his progeny benefit from considerate handling, and Te Akau Shark is the perfect example of that. When a horse has the sort of motor that he has, you can run the risk of really rattling the chassis. Jamie Richards has done a wonderful job of nurturing him and giving him the time he needs.

“Shaune Ritchie has also done brilliantly with Jennifer Eccles. She was performing at a high level way back in the spring at Hawke’s Bay, and she’s just kept improving. She has displayed durable qualities and a cast-iron constitution, and she looks to be absolutely thriving. “Both Te Akau Shark and Jennifer Eccles have got a devastating turn of foot, which Rip Van Winkle himself had. It’s a very special attribute to have in a racehorse, and a very special attribute for a stallion to be able to instil in his progeny.”

Rip Van Winkle originally shuttled from Coolmore in Ireland, but Windsor Park has been his home since 2017. “We bought out Coolmore and he’s a permanent resident here now,” Till said. “He’s continued to have good books of mares, and he’s got some very good crops ahead of him. “He’s shown an ability to upgrade families, and he has also produced successful progeny right across the spectrum of the gene pool – from high-class families to those who might be at the lesser end.

“He has a particular affinity with families from the Danzig line, which is the case for both Te Akau Shark (out of a daughter of Danzig’s grandson Chief Bearheart) and Jennifer Eccles (out of a daughter of the Danzig stallion Elnadim).” Rip Van Winkle stood for a fee of $12,500 in the 2019 season and is a senior statesman on a roster that also features the youngsters Shamexpress, Charm Spirit, Mongolian Khan, Turn Me Loose, Rageese and Vanbrugh.

Meanwhile, Till was pleased with Windsor Park’s results at the 2020 New Zealand Bloodstock National Yearling Sales at Karaka. Windsor Park sold 23 yearlings in the Book 1 session for a total of $2.72 million, averaging $118,261 and featuring the stud’s best-ever Karaka price of $875,000 for a colt by Savabeel out of Bayrock. “Overall, I think it was a successful sale, for us and in general,” Till said. “Looking at the aggregate over the duration of the week, it was roughly on a par with last year. It was possibly spread a bit more around the industry, which has to be beneficial.

“Initiatives instigated by New Zealand Bloodstock appeared to be successful. It’s important that it continues and we do everything we can to promote the success of the industry, and to get people from our main markets to keep coming to buy our horses. “The buyers list indicates that there was great support from New Zealand and Australian buyers at Karaka, which is so crucial.

“We still have our challenges, but those are indicative of the wider challenges the industry faces. Changes need to be made to claw back the ground that we’ve lost. “The legislation reform that’s progressing through at the moment needs to be implemented. Once that happens and the benefits start to filter back into the industry, that will drive confidence and further investment.”