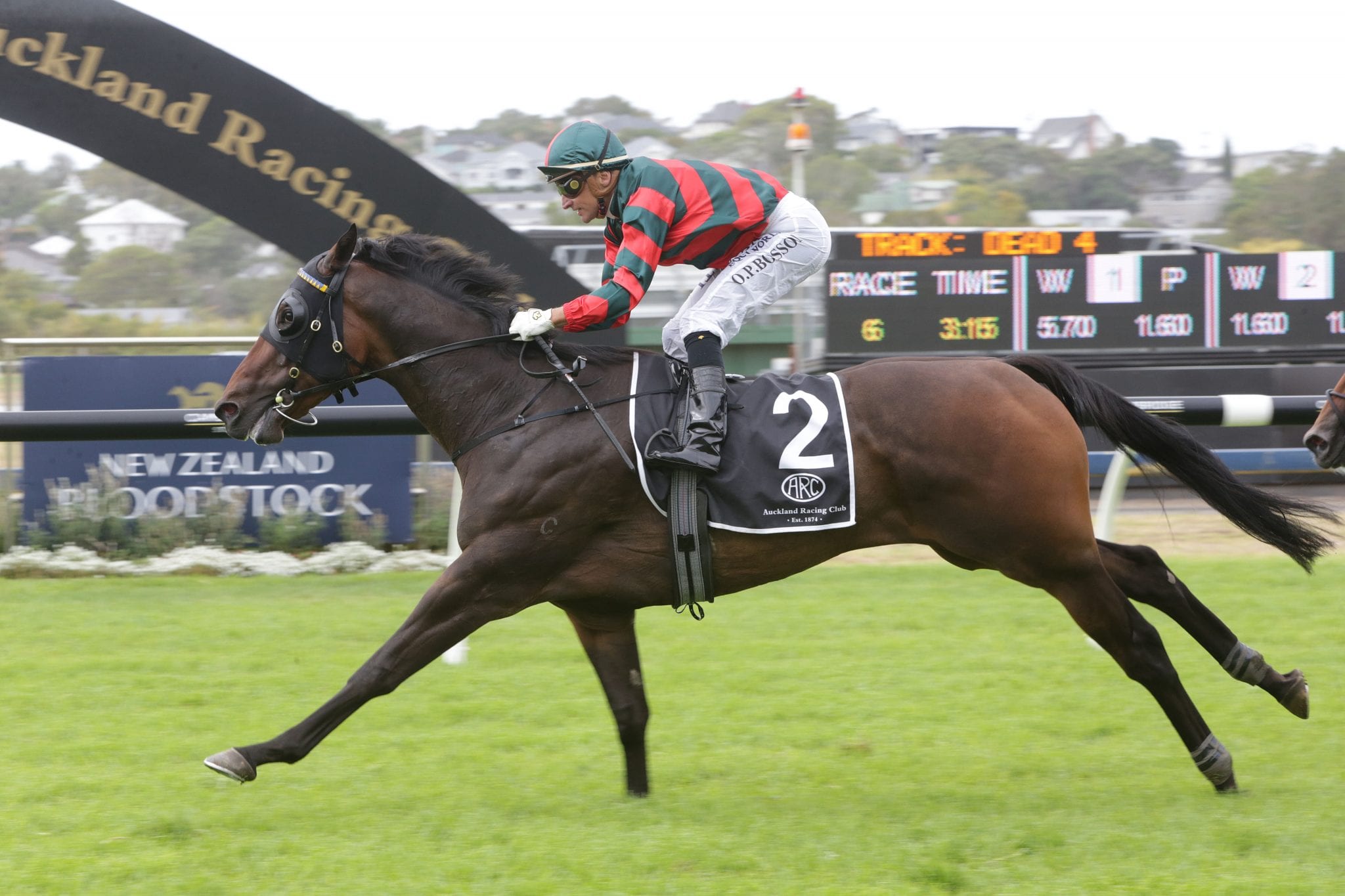 The impressive Dragon Leap gives New Zealand Racing Hall of Famer Lance O’Sullivan a great opportunity to add another notable achievement to his CV at Ellerslie on Saturday.

O’Sullivan has won the Group 1 New Zealand Derby (2400m) on two occasions as a jockey, first with Surfers Paradise in 1990 then three years later with Popsy. Both the two winners of the feature were trained by his father, Dave, and brother Paul, and this weekend he will attempt to win the Vodafone-sponsored classic as a trainer for the first time with Dragon Leap, whom he prepares in partnership with Andrew Scott.

The New Zealand Derby was first held in 1860 and since it was transferred from Riccarton to Ellerslie in 1973 two jockeys have gone on to win the three-year-old staying feature as trainers. Nigel Tiley rode the Neville Atkins-trained Ring The Bell to win the 1980 New Zealand Derby then trained Look Who’s Talking to take the feature in the hands of Grant Cooksley 14 years later, while Chris McNab rode the Alan Jones-trained Jolly Jake to win in 1984 and prepared St Reims (ridden by Greg Childs) to win the 2002 New Zealand Derby.

Now 18 years after McNab’s achievement, O’Sullivan has the betting public on his side to follow suit as a jockey-turned-trainer with Dragon Leap installed the pre-post TAB Fixed Odds favourite narrowly over the smart filly Two Illicit.

Will it mean more to O’Sullivan to train the New Zealand Derby winner than ride one? “Naturally it would be an enormous thrill to train a Derby winner too and I hope it happens, but I may never train one,” O’Sullivan said. “It’s up to the horse at the end of the day and we’re really pleased with him. “I’ve found it was a lot easier riding them than it is training them.

“I’m lucky to win the Derby twice as a jockey and personally I got the biggest thrill from Popsy winning. She was the only filly in it that year and she came from last on the corner. It was a huge run. “She had run an average third leading up to it and the owner wasn’t keen on running so we had to persuade him. We decided to put a hood on her and have a crack and it worked out well.

“It was a bit different with Surfers Paradise. He had better form going into it and was expected to win.” That same expectation is on Dragon Leap, so how does O’Sullivan feel about his prospects of possibly achieving the slice of New Zealand Derby history with him? “He had a soft run when he won last time and he has really bounced through it and should run well,” he said. “We’ll just have to see if he is good enough to run the distance out. Genetics suggest he will, but you never know until you try them.”

O’Sullivan’s closest New Zealand Derby placing as an official trainer was a third with Charliehorse behind Wahid in 2006 when on his own account, though he did also have a hand in the preparation of Corporal Jones when he was runner-up to Military Move in the 2010 New Zealand Derby when officially trained by Scott.

In recent years his partnership with Scott has landed a fourth with The Mayor two years ago and a sixth the previous year with Charles Road. Scott has already experienced the thrill of New Zealand Derby success as a trainer, being in partnership with Mike Moroney when Cut The Cake won the 2003 Derby and Xcellent followed suit the following year.

Dragon Leap is in the twilight of his time with O’Sullivan and Scott, being destined to join the Hong Kong stable of O’Sullivan’s brother, Paul. “The brief when we went to the sales was to get a horse for the Hong Kong Derby (2000m) so that’s where he will be headed,” O’Sullivan said. “If he runs well on Saturday there is a chance we could take him to Sydney for the Australian Derby (Group 1, 2400m). It will all depend of how well he goes on Saturday.”

Dragon Leap, a son of Pierro, was purchased as a yearling for $A1,050,000 by Hermitage Thoroughbreds Pty Ltd in partnership with Wexford Stables and Andrew Williams Bloodstock. “For probably the first time, for the last two years we’ve gone out to try and buy a horse who could run a distance,” O’Sullivan said. “We’ve had the orders to do that. It’s exciting when they can run the longer trips. There are more opportunities.”

Dragon Leap has been beaten just once in his four starts and that was second-up at the hands of his main Derby rival Two Illicit in the Listed Trevor Eagle Memorial 3YO (1500m). Since then he has excelled, winning the Group 2 Auckland Guineas (1600m) and the Group 2 Avondale Guineas (2100m), both at Ellerslie.

On Saturday he will be ridden by Jason Waddell, who was aboard Charliehorse for O’Sullivan in that Derby third 14 years ago, and he races in the same colours as stablemate Spring Heat, who will contest the previous race, the Group 3 Haunui Farm King’s Plate (1200m).

Spring Heat has had just two starts this campaign and was a last-start third behind Avantage in the Group 1 Telegraph (1200m) at Trentham last month when carrying 56.5kgs and under the set weights and penalties conditions of the King’s Plate she will carry 3.5kg less. “She comes into the race well at the weights and should be in it,” O’Sullivan said. “She cemented her value with her third in the Telegraph.”