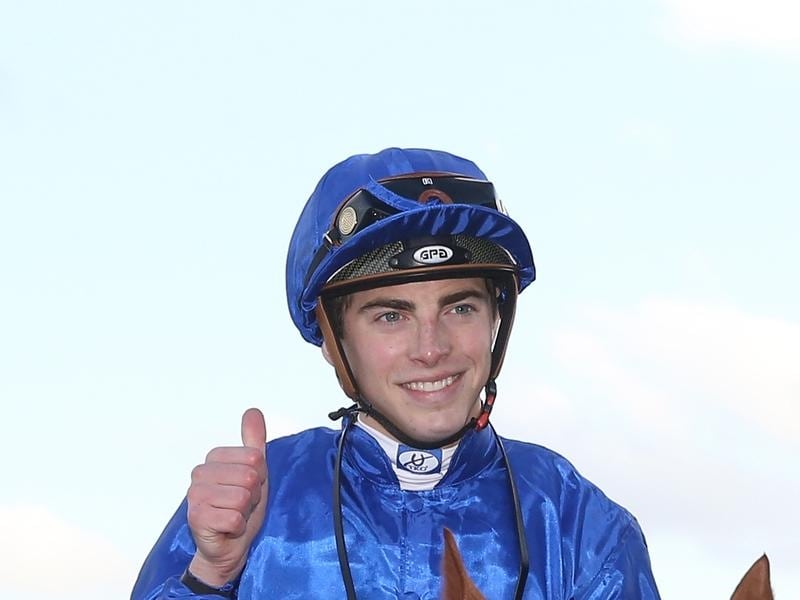 Godolphin will bring James Doyle to Australia for an early spring carnival cameo when the retained jockey rides at the Group One Sir Rupert Clarke Stakes meeting.

One of England’s premier jockeys, Doyle will ride Godolphin northern hemisphere stars Folkswood and Jungle Cat when they step out at Caulfield on Saturday.

Doyle is no stranger to Australian racing, having filled a void for Godolphin during the 2016-17 season.

He rode 21 winners despite an injury-hit stint when Godolphin’s No.1 rider James McDonald was banned for a betting offence.

Doyle later revealed he was offered a full-time Australian role before deciding to continue his career under the Godolphin banner in Europe.

Folkswood and Jungle Cat are part of a large spring contingent UK Godolphin trainer Charlie Appleby will have in Melbourne for the spring carnival.

Winner of the Cranbourne Cup before his Cox Plate minor placing behind Winx last year, Folkswood returns to open his 2018 campaign in the Group Three Naturalism Stakes.

Jungle Cat is the 58kg topweight for the Sir Rupert Clarke Stakes in which Home Of The Brave and Osborne Bulls will represent Godolphin’s Australian stable.

“We are fortunate at Godolphin to retain two world-class jockeys, who we can send to any country when required,” Appleby told the Godolphin website.

“James knows Australian racing well and he has won a Group One on Jungle Cat.”

Jungle Cat arrives in Australia as a last-start winner of the Group One Alqoz Sprint with Doyle in the saddle during the Dubai World Cup meeting at Meydan in March.

Doyle, fresh from landing a Group Two winner for Godolphin in France on Sunday and a treble at Kempton Park in England on Monday, will also ride Gongs for James Cummings in the Listed Jim Moloney Stakes for three-year-old fillies at Caulfield.