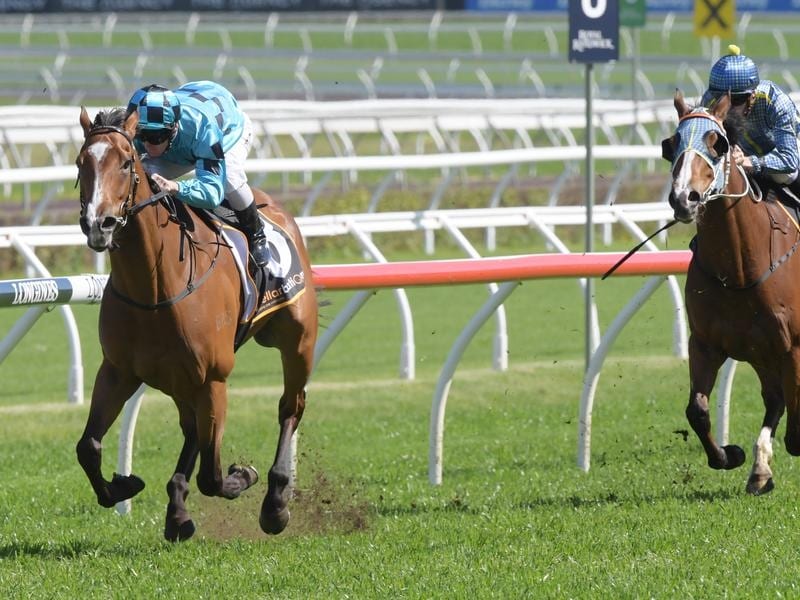 Brisbane trainer Steve O’Dea is bringing Doubt Defying back to Randwick hoping for the same result as the last time he visited.

The gelding won a 1400m-race at the track in early October which set him up for a trip to Victoria and a Listed win in the Sale Cup followed by a midfield finish in the Group One Mackinnon Stakes.

This time, Doubt Defying will be taking on a competitive field in the Group Two Villiers Stakes (1600m), a race that guarantees the winner a place in the Doncaster Mile in April.

O’Dea admits to being a little surprised the five-year-old found himself in a Group One race at the Melbourne Cup carnival but has faith in Doubt Defying.

“He had a strong gallop at Doomben this morning (Tuesday),” O’Dea said.

“It was solid work so I am not worried about the five-week gap between runs as he likes his races spaced anyway.

“He has had a trial so he is fit enough.”

Doubt Defying will be ridden by Michael Walker who is now the retained rider for part-owner Aquis Farm.

Walker rode the gelding at Sale and in the Mackinnon at Flemington.

“He had a good trip to Melbourne and it was a great win in the Sale Cup,” O’Dea said.

“He then found himself in the Mackinnon which is not where we thought he would end up but he certainly wasn’t out of his depth there.”

Ahead of the declaration of the final field on Wednesday, Doubt Defying is on the third line of betting at $11 for the Villiers behind Sky Boy ($4.50) and My Nordic Hero ($7).

On the same day Doubt Defying won at Randwick, his three-year-old half brother Sesar took out the Group Two Roman Consul Stakes (1200m).

The colt also went to Melbourne where he finished seventh in the Group One Coolmore Stud Stakes (1200m), just under five lengths from the winner Sunlight.

“He came back to the stable yesterday and we will get him ready for the Randwick Guineas or the Australian Guineas if we decide to go to Melbourne,” O’Dea said.

“I’m really pleased with him and he seems to have matured in his break.”