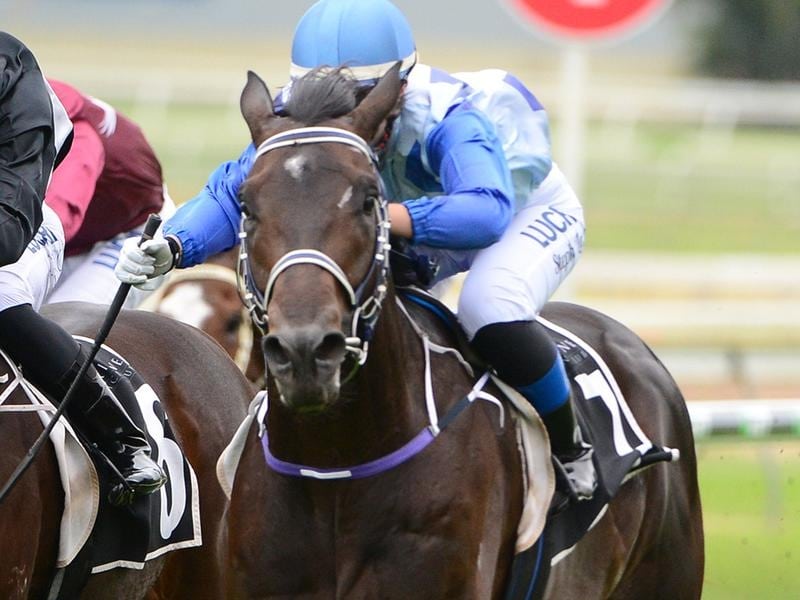 Co-trainer Sheila Laxon recalled one of her most unpleasant experiences in racing after Checkmate Lad scored a strong staying win at Doomben on Wednesday.

Checkmate Lad ($4.60) finished too strongly for Slaughter Bay to win a Maiden over 2200m.

Laxon, who trains the colt with John Symons, bred Checkmate Lad who is by Strategic Maneuver out of the stoutly bred mare Acclaim.

A Melbourne Cup-winning trainer, Laxon has every right to remember Acclaim, who she also bred, for all the wrong reasons.

“I was riding her work at Macedon Lodge (in Victoria) and she bolted on me. I could see a fence coming up and bailed out,” Laxon said.

“As it turned out she jumped the fence and I should have stuck on.”

Laxon was badly injured in the incident and it took several years for her to recover.

Pure Luck’s trainer Ben Currie predicted a bright future for Nothdurft who is apprenticed to Lindsay Hatch in Toowoomba.

“Baylee only has two wins to outride his provincial allowance and it is good time for him to come to the city now the winter carnival is over,” Currie said.

Premier trainer Tony Gollan produced a promising colt in Zoustyle ($1.30) who smashed the class record when he won another two-year-old division by five lengths.

“We have taken our time with him and that was the first time he has raced on grass as he had to trial on a dirt surface,” Gollan said.

In a day of firsts, apprentice Stephanie Lacey, who won on Checkmate Lad, got her initial city metropolitan double when Red Chase came from last to win the third two-year-old heat.

Chris Munce is looking at Grafton Guineas next month with Hard Ruler who made two wins on end in a Class 3.

“Mick Price had her in Melbourne where she raced well but she has really taken to racing up here,” Munce said.