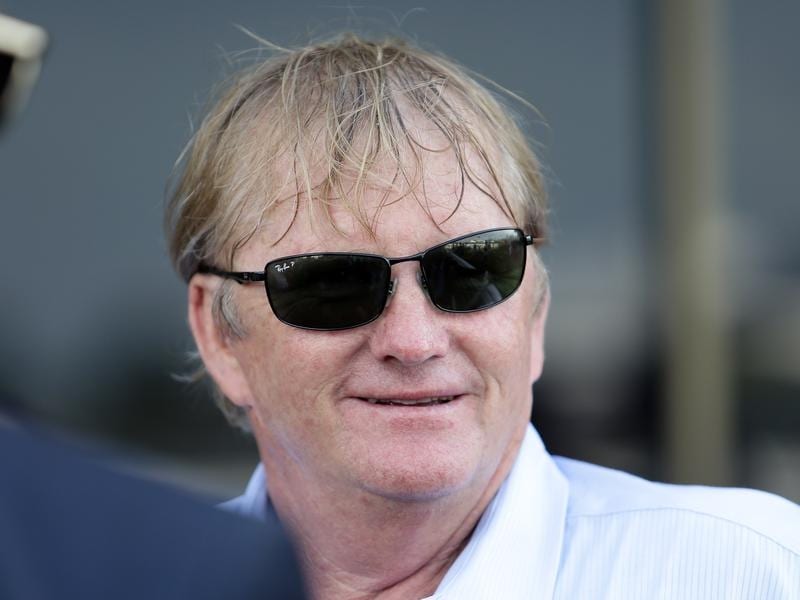 War horse Outraged will take another step at Doomben in a carefully mapped out plan to avenge his defeat in the last Magic Millions Trophy.

Outraged will step up to 2200m for the first time since a break in Saturday’s Shoot Out Quality.

It will be his final hit-out before the $1 million Magic Millions Trophy (2200m) at the Gold Coast on January 12.

Outraged has been a loyal servant for trainer Kelly Schweida, winning 10 races including the 2016 Townsville Cup.

But perhaps his best effort was third in this year’s Millions Trophy in a three-way photo with Tumultuous and Sedanzer.

Schweida is sure with any luck Outraged would have won.

“It isn’t just me saying it. There was only about $500,000 difference in prize money between first and third,” Schweida said.

Since then Schweida has been planning another crack at the Millions with the Shoot Out Quality a vital component.

Outraged has gone up in distance at each start in unsuitable races since resuming in mid-November.

“Doomben isn’t his best track but he handles it and these days he is best at 2200 and 2400 metres,” Schweida said.

Schweida will run tough gelding Shogun Sun in the Buffering Quality as a final lead-up to the Magic Millions Cup.

“He is drawn poorly on Saturday but needs to run,” Schweida said.

He also has Gala Miss in the B J McLachlan Stakes and she needs a top-four finish to ensure she qualifies for the Magic Millions Classic.

“She is another one of mine to draw poorly but once again she has to run,” Schweida said.