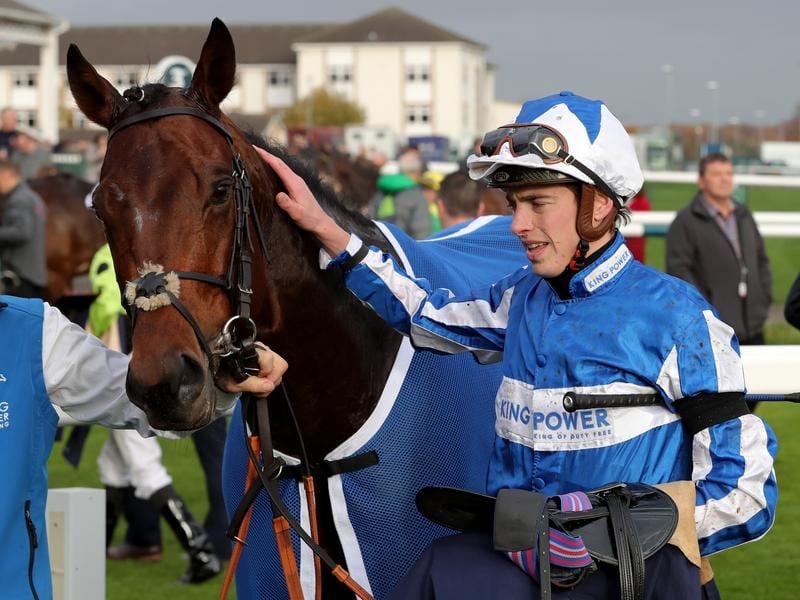 Donjuan Triumphant has delivered a poignant victory at Doncaster as Vichai Srivaddhanaprabha’s colours returned to the winner’s enclosure for the first time since the Leicester City chairman’s death.

The five-year-old, consistent up to Group One level but without a previous win this season, saved the best until last on the final day of the Flat turf calendar under James Doyle.

The well-backed 2-1 favourite was only the third domestic runner for King Power Racing since his owner’s death two weeks ago in the helicopter crash which claimed his life and those of four others as it left Leicester’s home Premier League match.

King Power’s Hero Hero had finished second for Balding on his debut in a maiden race little more than an hour earlier but Donjuan Triumphant made no mistake, beating Hey Jonesy by a head in the six-furlong (1200m) race.

“It puts horse racing and the triviality of other things in life into perspective,” Balding said.

“It was a huge loss not just to his family and families of other people involved in the crash, but to the whole King Power family.

“He was a tremendous guy, as has been well-recorded and reported, and will be sadly missed.”

Balding was full of praise for Donjuan Triumphant too.

“He really loves this (soft) ground,” he said.

“The punters thought he had a really good chance today, and he’s just so tough.”