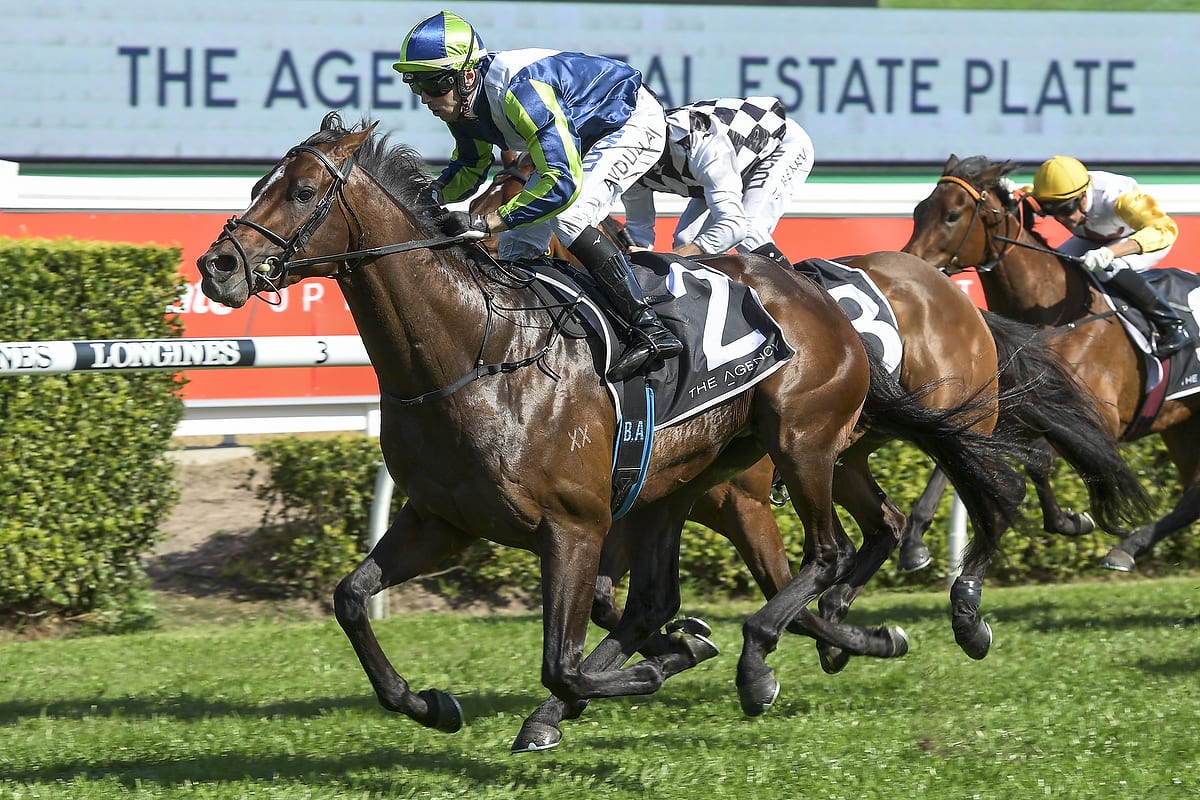 The Kiwi ex-pat, who moved to Sydney six years ago, has the three-year-old colt humming this campaign and the drop to the minimum weight with seven-time Doncaster winning jockey Glen Boss booked to ride has seen punters rally for Brandenburg, backing him into $6.50 favouritism. “Everything’s coming together like a puzzle,” Sargent said. “It has worked out perfectly.

“We decided after the Randwick Guineas (Group 1, 1600m) where he ran third that being a son of Burgundy, probably a mile to 2000m is his distance range. “We saw the weights in the Doncaster, where he was allotted 49kgs. They have raised the weights and he now carries 50.5kgs, which is the minimum, so it was a good chance to have a go at a race like this.”

Having light-weight rider Glen Boss commit to Brandenburg following his closing fourth in the weight-for-age Group 1 George Ryder Stakes (1500m) behind heavyweights Dreamforce, The Bostonian and Te Akau Shark has given Sargent even greater confidence. “When he got off him in the George Ryder he said straight away, ‘I’ll ride him in the Doncaster’,” Sargent said. “The horse had a good blow that day and probably got away on us a bit being a colt and that cleaned him up very well and dropping from 56kgs at weight-for-age to 50.5kgs under handicap conditions is a successful path for the Doncaster.”

The strength of the three-year-old crop this season is another tick in Brandenburg’s favour, with the classic generation more than holding their own when taking on older horses. “I think the three-year-olds this year are probably the best crop of three-year-olds Australia and New Zealand have had for many a year, going back to the Octagonal days,” Sargent said, referring to the champion galloper that enthralled crowds when clashing with the likes of Saintly, Nothin’ Leica Dane, Our Maizcay and Filante in the 1995-96 season.

“These three-year-olds have been coming out right from the start of the season, from Super Seth onwards,” Sargent said. “They’ve been beating the older horses and I think it’s going to carry on because they’re just a good bunch.”

The Christopher Grace-bred Brandenburg is a half-brother to Sargent’s recently retired Group 1 performer Luvaluva and although the colt is sure to command stud interest should he prevail in the Doncaster, Sargent is eyeing spring plans with the lightly-tried galloper. “He’ll go out after Saturday and have a nice break,” Sargent said. “The Golden Eagle (1500m) is worth A$4 million so that will be his main aim early in the spring.”

Like Sargent, Brandenburg is New Zealand bred and the affable horseman can take heart from the fact eight of the last 12 Doncaster winners have been born in the land of the long white cloud. Sargent has often been type-cast as a conditioner of stayers, and in particular fillies, having prepared Group 1 Oaks winners Miss Mossman, Quintessential, Kirramosa and Gust Of Wind, but a Group One mile win in one of Australia’s most iconic handicaps would surely change that perception.