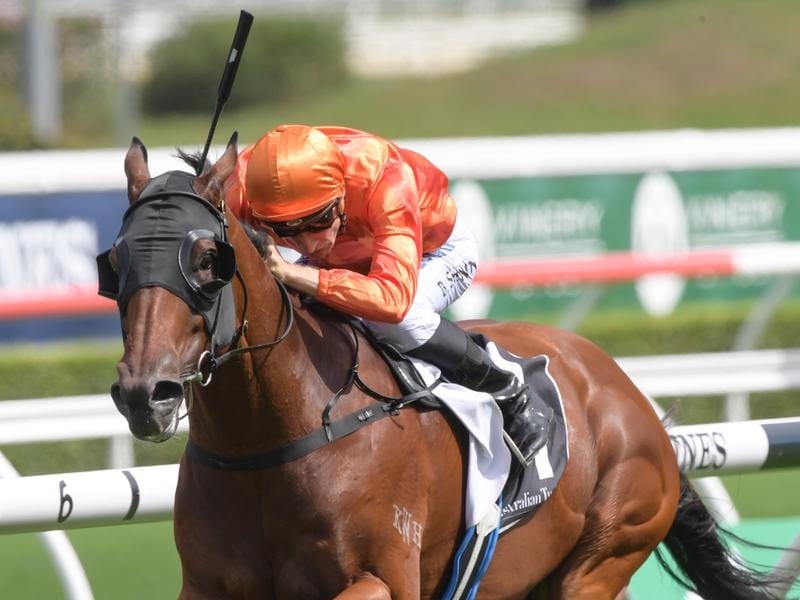 Sydney’s weather and the drying powers of the Rosehill track will have a bearing on whether last-start Liverpool City Cup winner Dreamforce fronts up against champion Winx in the Group One George Ryder Stakes.

Dreamforce is being aimed at the Group One $3 million Doncaster Mile at Randwick on April 6 and Thompson opted to scratch the gelding from last Saturday’s Group Two Ajax Stakes (1500m) at Rosehill because of an unsuitable heavy (10) surface.

Rosehill was posted as a Heavy (9) at acceptance time on Wednesday and Thompson will monitor the weather and track condition before making a call whether Dreamforce runs on Saturday in the weight-for-age race in which Winx is the $1.06 favourite to claim her 24th Group One win and fourth-consecutive Ryder.

The Chris Waller-trained Winx has barrier eight in the nine-horse field and can extend her winning sequence to 32 races stretching back to the 2015 Sunshine Coast Guineas.

“As long as it dries up a bit he will run,” Thompson said of Dreamforce.

“He will run up to probably a heavy eight, but if it’s a nine or 10 he probably wouldn’t run.

“He is going super. He was probably a bit stiff first-up and then won well second-up. It was a shame we had to scratch him last week because he was in a nice race for him.

“We pretty much have got to run this week if we want to have him cherry ripe for the Doncaster two weeks after Saturday.

“He’s not that well placed at weight-for-age age on Saturday, giving horses like Winx two kilos is obviously not ideal.

“But the main goal is the Doncaster so we will run if we can.

“We could still go to the Doncaster Prelude the following week but it is just not ideal to go four weeks between runs and then have to back-up a week later.”

Thompson is one of few to have trained a horse beat Winx but that appears unlikely again on Saturday.

The trainer’s former quality filly First Seal finished in front of her five times as a three-year-old during the 2014/15 season including wins in the Tea Rose, Flight and Surround Stakes, before Winx came into her own and stamped herself as a champion during her long winning streak.

“No-one wants to see the great mare get beat.”