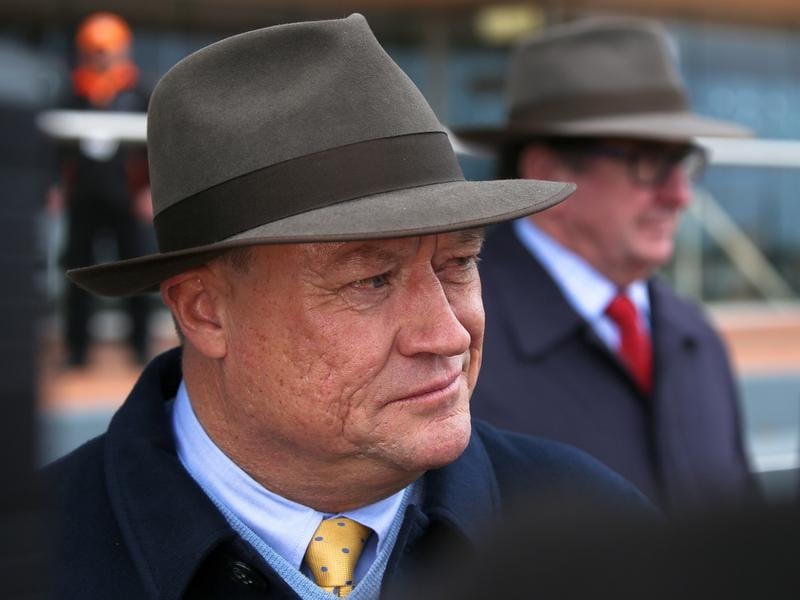 Dollar For Dollar is the outsider in the Memsie Stakes but trainer Tony McEvoy is convinced the gelding is worthy of his shot at the Group One race.

The six-year-old made a winning return in the weight-for-age Group Three Spring Stakes in Adelaide on August 18 which prompted McEvoy to head to Saturday’s $1 million Memsie (1400m) at Caulfield.

The field of 11 has six individual Group One winners including defending champion and favourite Vega Magic.

Dollar For Dollar’s only attempt at the elite level was a ninth placing in a bunched finish to the CF Orr Stakes over the Memsie course in February.

“I ran him in the Orr and he got beaten just over a length, and was getting held up,” McEvoy said.

“So he’s worth another chance.”

McEvoy said the key to Dollar For Dollar was his ability to put himself up near the pace.

“He gives himself every chance and he’s very well, so I’m looking forward to running him,” he said.

A $34 chance, Dollar For Dollar will be ridden by Jamie Kah who is chasing her first Group One win.

Kah has six wins from eight rides on Dollar For Dollar.

“He’s by far her favourite horse and they’ve got a great record together,” McEvoy said.

Vega Magic’s co-trainer Ben Hayes believes the $2.80 favourite is going at least as well as before last year’s Memsie and is happy with barrier six.

“Ollie (Damien Oliver) will just be able to give him plenty of room and I’m sure he’ll be really strong at the finish again,” Hayes said.

Vega Magic goes back into winkers for the step up to 1400m, replacing blinkers he wore for the first time winning the Bletchingly Stakes (1200m) last start.

Second favourite Kementari returns to Caulfield for the first time since his close second in last year’s Caulfield Guineas and trainer James Cummings said the four-year-old had come through his fourth in the recent Winx Stakes in sensational order.

“He absolutely flew in a gallop on Tuesday,” Cummings said.

“There’s no doubt this is a very powerful weight-for-age field with horses like Vega Magic and Happy Clapper up against us.

“But I like the fact that he’s had experience at Caulfield, he’s trained very well and he’s gone forward with each run.”