Divine Unicorn To Resume At Caloundra 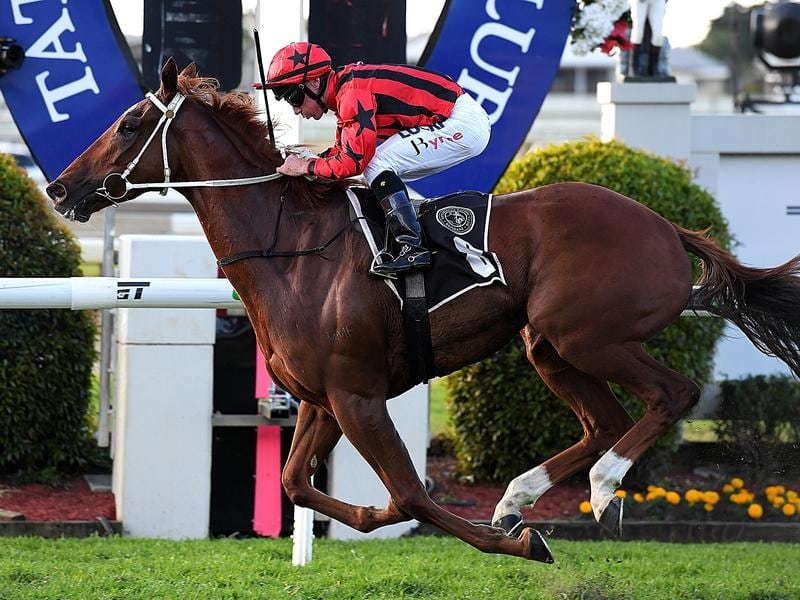 Promising stayer Divine Unicorn will return to racing at Caloundra to begin a campaign which could eventually lead him to Hong Kong.

Divine Unicorn showed his class when he won the Group Three Tattersall’s Cup (2200m) at Doomben at only his eighth start in June.

Trainer Matt Dunn gave Divine Unicorn a break and has had him back in his Murwillumbah stable for a few weeks.

The gelding is one of 10 entries for Saturday’s Open Handicap over 1400 metres at the Sunshine Coast track.

“He did a good job in a recent trial at the Gold Coast behind Big Tree and Tom Melbourne when he hit the line hard,” Dunn said.

“Divine Unicorn will run at Caloundra on Saturday in an open race and then he will head to Melbourne where he will run in a 1600 metre race at Moonee Valley two weeks later.

“From there we will see where things take us.”

Divine Unicorn was bred in England and brought to Australia with a plan to get him ready to race in Hong Kong where his owner lives.

Dunn hopes to get Divine Unicorn’s rating up in the spring so the gelding can race in Hong Kong later this year.

Stablemate The Fire Trap, the winner of three of his four starts, is likely to miss the southern spring.

“He is having a good break and will be back to tackle the Magic Millions carnival in January,” Dunn said.

Dunn also believes he is on another winner with his apprentice Clayton Gallagher who won on Saxton Rock at the Gold Coast on Saturday.

“Saturday was his first full day in metropolitan racing. He can claim three kilograms but showed what he could do by also winning on Mishani Sleuth,” Dunn said.

“I think he can challenge to be leading apprentice here this season.”