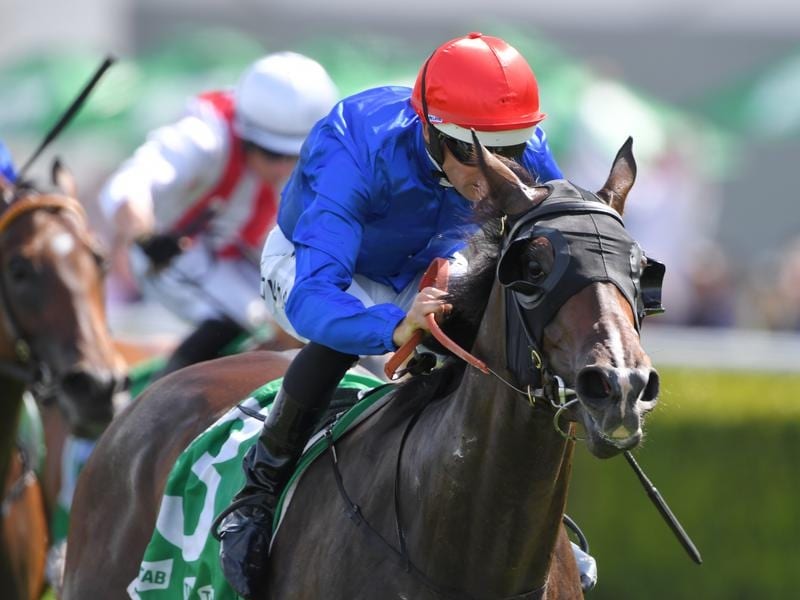 Godolphin will rely on classy mare Flit in the Silver Eagle after scratching promising stablemate Criaderas from the $500,000 Randwick feature.

Trainer James Cummings has opted to take a softer option with Criaderas, who will instead contest a benchmark race on Saturday’s Spring Champion Stakes undercard.

It leaves Flit as their sole Silver Eagle runner and Cummings is anticipating a form turnaround from the Group One winner.

Flit has finished out of the placings at her past two starts after an encouraging first-up second to Everest contender Eduardo.

At her most recent start in the Sheraco Stakes (1200m) she got back to last from a wide draw and made late headway in a leader-dominated race.

Cummings expects her to be suited by a distance rise to 1300m in Saturday’s lead up to the Golden Eagle.

“She’s freshened up nicely since putting in a game effort in the Sheraco, which was a strong race,” Cummings said.

“But I expect her to be much more in touch with the field at this trip.”

While Godolphin is banking on a more competitive showing from Flit, trainer John Thompson is hoping Chat can continue his winning momentum.

The four-year-old showed a good turn of foot to reel in the leaders and score first up at Canterbury.

Thompson says a gelding procedure at the end of last year has been the making of the horse, who has continued to improve.

“From day one he has always shown he’s had something there and it probably just took gelding him to turn it all around,” Thompson said.

“It’s a jump in grade obviously but he’s going super.

“His work has been good, it’s his home track. There are a lot of reasons to have a go.”

With the withdrawal of Criaderas, Alligator Blood has firmed into odds-on favouritism for the Silver Eagle, ahead of the resuming Dawn Passage ($4.80) and last-start winner Subpoenaed ($5.50).