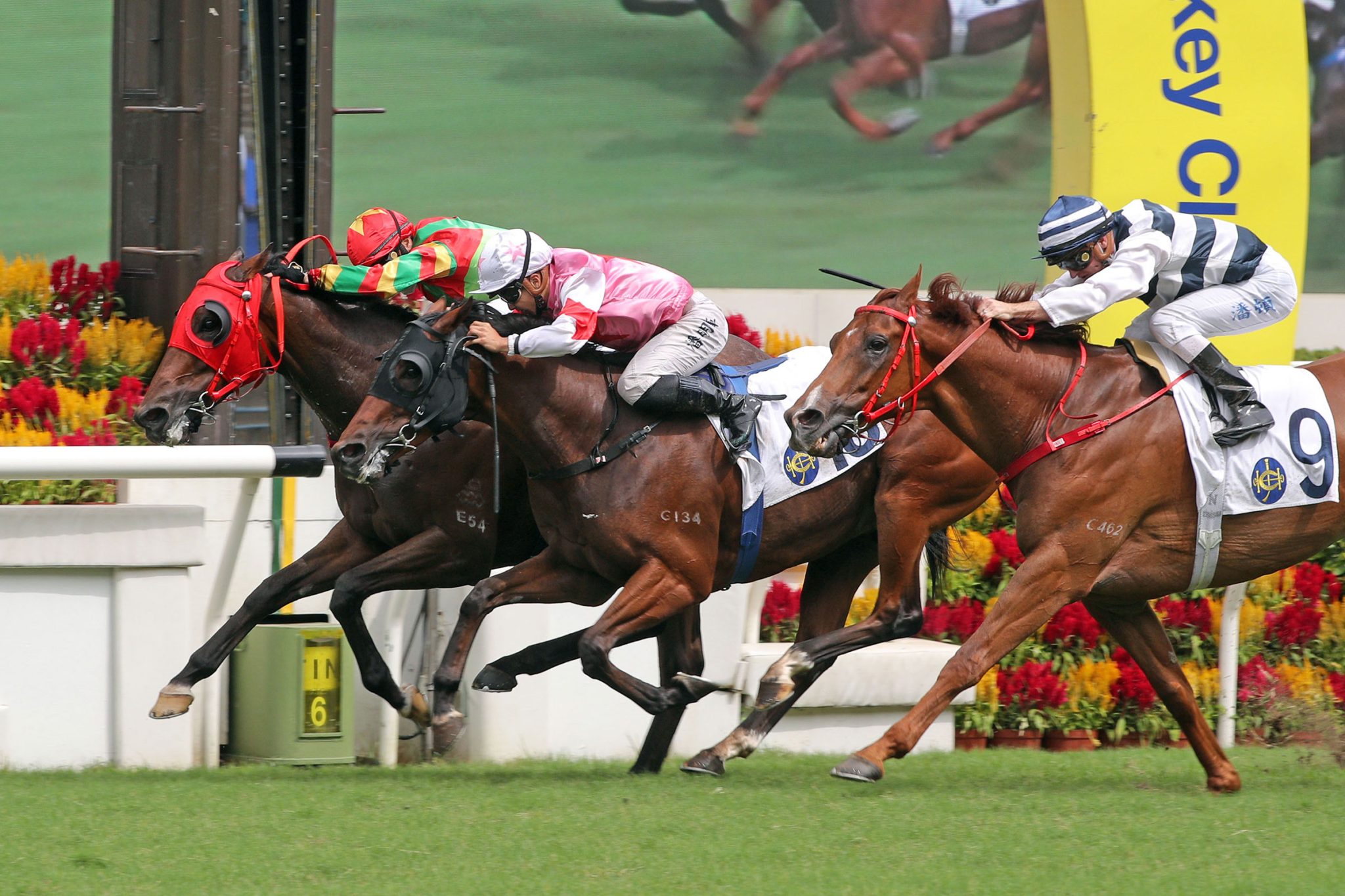 The five-year-old denied a fast-finishing Turin Redsun (113lb) in a rip-roaring renewal, overcoming a hefty impost to secure his second Group 3 triumph in Hong Kong by a short head in a time of 1m 48.27s with stablemate Butterfield (121lb) holding on for third place.

“The horse is talented, he’s very brave – he’s got a good heart – and he’s a fantastic racehorse. He deserved a win like that, carrying 132 (pounds), I think that’s very impressive,” Badel said.

The win caps a phenomenal run for Badel who grabbed his fifth success at Group 3 level this season, adding to his pair of Group 1s and solo Group 2 aboard Wellington.

“I’ve been very lucky with this horse and I’m very grateful for the support from Danny and also the owners – they have given me a lot of confidence,” Badel said.

Stepping away from gate seven, Tourbillon Diamond – a son of Olympic Glory – settled near the tail of the field early on; turning for home, Badel made his move to take up closer order before hitting the front with 250m left to play.

“He began just ok, he can be a lot quicker away sometimes. So, basically, I based my tactics on the way he jumped and I thought the pace was good enough to settle midfield but obviously I decided to make my move a bit earlier, before the 600 (metre mark), because I wanted to improve my position, but I didn’t want to be pushed out in a brutal way.

“So, I anticipated it a little bit and improved my position very quickly without too much effort and I think that was the key,” Badel outlined.

Prior to export from Australia, Tourbillon Diamond – then Eric The Eel – won four races and finished third behind Quick Thinker in the 2020 Group 1 Australian Derby (2400m).

“He’s lucky actually, he’s had 11 starts this season and always gets prize money and he won two Group 3s – just amazing. He’s made over (HKD$) 18 million in prize money. He always tries his best, he’s amazing,” Shum said. “Hopefully we can continue to get prize money for the owners.”

Shum sealed a double on the programme when Secret Vision broke through in the Class 3 Amethyst Handicap (1600m).