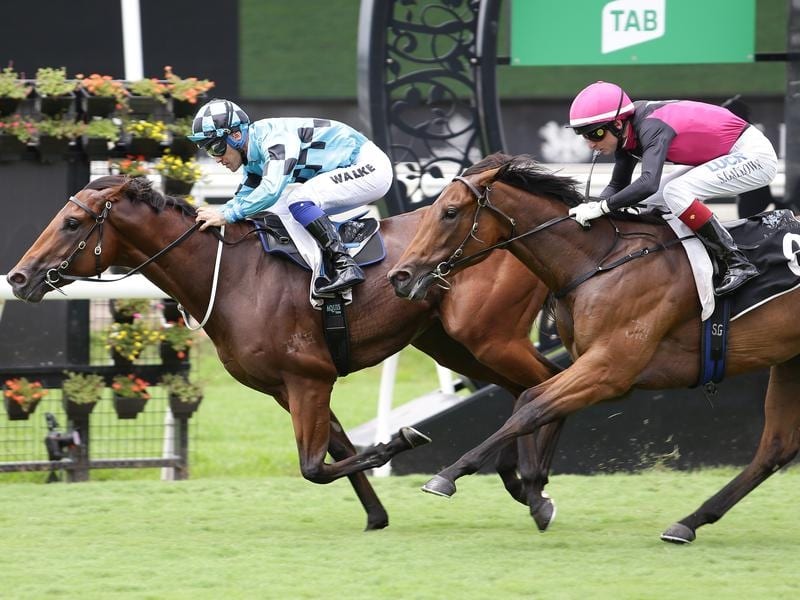 Gold Coast trainer Michael Costa is likely to follow a proven path to get promising filly Devine Factor into the Magic Millions 2YO Classic at the Gold Coast.

Devine Factor was a close second on debut to leading Magic Millions contender Dubious in a two-year-old handicap over 1000 metres at Eagle Farm on Saturday.

The filly was drawn wide and showed her ability with a strong finishing effort to go under by a neck.

Devine Factor has $14,350 prize money and will need to win a metropolitan race and hope some of the other higher money earners drop out if she is to make the Millions field.

Costa has had a big opinion of Devine Factor since she showed her talent to win two of her three barrier trials.

He will now send her into the two-year-old race at the Gold Coast on January 5, a week before Magic Millions day.

It has proved a winning formula with Le Chef (2015), Houtzen (2017) and Sunlight (2018) winning the race before going on to victory in the Magic Millions.

“I think she deserves a chance in the Millions and it is just a matter of getting enough prize money.”

Costa paid $65,000 for Devine Factor at the Magic Millions Sale this year and she is at $11 to win the Classic.