Derby Winner Masar Out For The Season 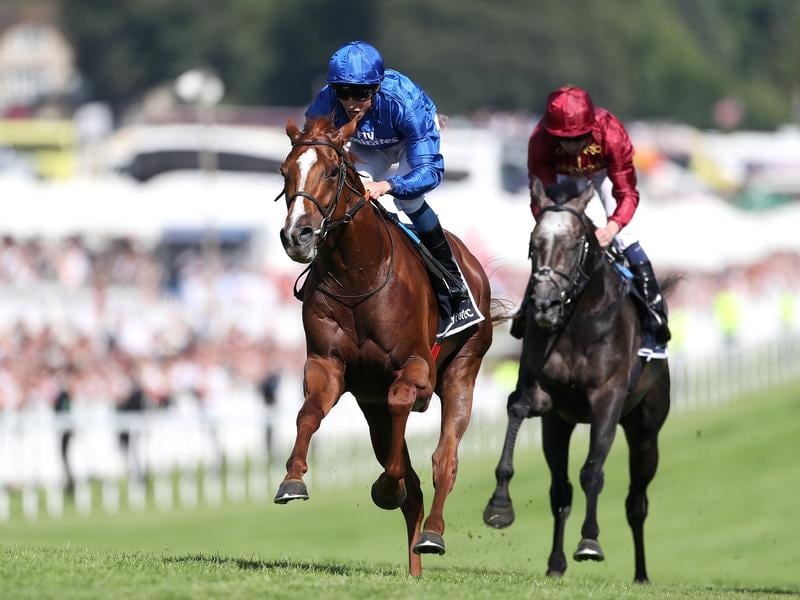 Epsom Derby winner Masar will not run again this season because of injury but will stay in training as a four-year-old.

The Godolphin colt was ruled out of the Eclipse Stakes on the eve of the race with a leg injury and investigations have been ongoing ever since.

Veterinary advice is for the colt to have two months of rest and trainer Charlie Appleby feels it would be too much of a rush to bring him back for autumn targets.

“We re-scanned him and after discussions with His Highness Sheikh Mohammed he was keen to see him stay in training, so we felt to give him the best chance next year we would give him the rest of this season off,” Appleby told Press Association Sport.

“He’s going to miss eight weeks now anyway and you can’t get a lead into a championship race, i.e the Arc, by missing this much time so if we wanted him to run as a four-year-old we felt he would have the best opportunity by giving him the rest of the season off.

“He’s a substantial colt anyway. There’s a chance there’s more to come and going into his four-year-old season he takes the best mile-and-a-half form.

“The two races of interest are the Champion Stakes and the Arc, but it would be a push to get to those races and we’ve decided to do what is best for the horse and give him all the time he needs.

“The races we’ll be looking at next year are the Coronation Cup, the King George and the Arc.”