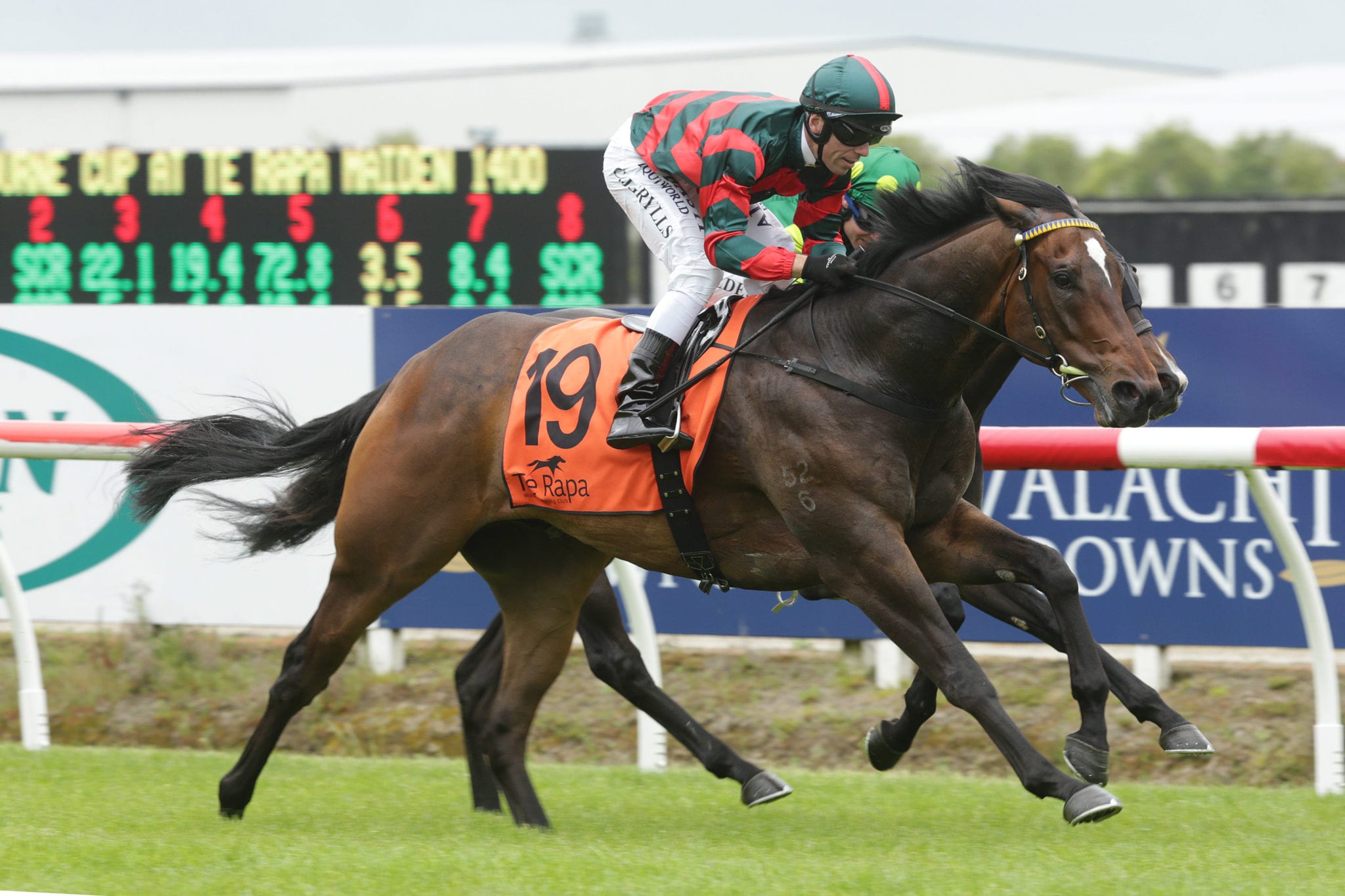 Expensive yearling purchase Dragon Leap underscored his potential staying talent when he stormed home on debut to score over 1400m at Te Rapa. Raced by Hong Kong couple Eugene and Karen Chuang under their Hermitage Thoroughbreds banner, the Pierro three-year-old gelding was an A$1,050,000 purchase out of the Sydney yearling sales and is prepared by Lance O’Sullivan and Andrew Scott from their Matamata base.

O’Sullivan and Scott have enjoyed success for Hermitage Thoroughbreds through horses such as talented sprinter Spring Heat and Group 1 winners Summer Passage (Sistema Stakes, 1200m) and Willie Cazals (Livamol Classic, 2040m). The duo look to have another potential topliner on their hands judging by the way Dragon Leap rounded his rivals up in the closing stages at Te Rapa after spotting the leaders a conservative seven lengths at the entrance to the home straight.

Pocketed between runners with 350m to run, rider Craig Grylls didn’t panic as he pushed Dragon Leap into the clear before he unleashed a powerful finishing burst to accelerate past race favourite Soft Hearted in the shadows of the winning post. “We did like his chances as his work has been very good, but he is bred to run a trip so we thought whatever he does today, the further he goes the better he will get,” O’Sullivan said. “If he is good enough, he could go up to Hong Kong and maybe one day run in a Derby as that was what he was bought for. “That was a good way to start today but he still has a long way to go.”

O’Sullivan was quick to acknowledge the patience of the Hermitage Thoroughbreds team when speaking about the future of the horse. “They have been very patient with this horse and in fact, any horse we have been able to purchase for them,” he said. “They give us a free reign so we are indebted to them as they are fabulous owners and hopefully, they will be rewarded for it long-term. “Once we get this guy up running a trip in those three-year-old races then a Derby could be his target as he was certainly purchased to run in a Derby.”

Dragon Leap is the third foal of Redoute’s Choice mare, Pontiana and is the younger half-brother of Group 1 Randwick Guineas (1600m) winner Inference, who also ran third in the 2016 Group 1 Victoria Derby (2500m).