Deerfield too slick from in front at Trentham 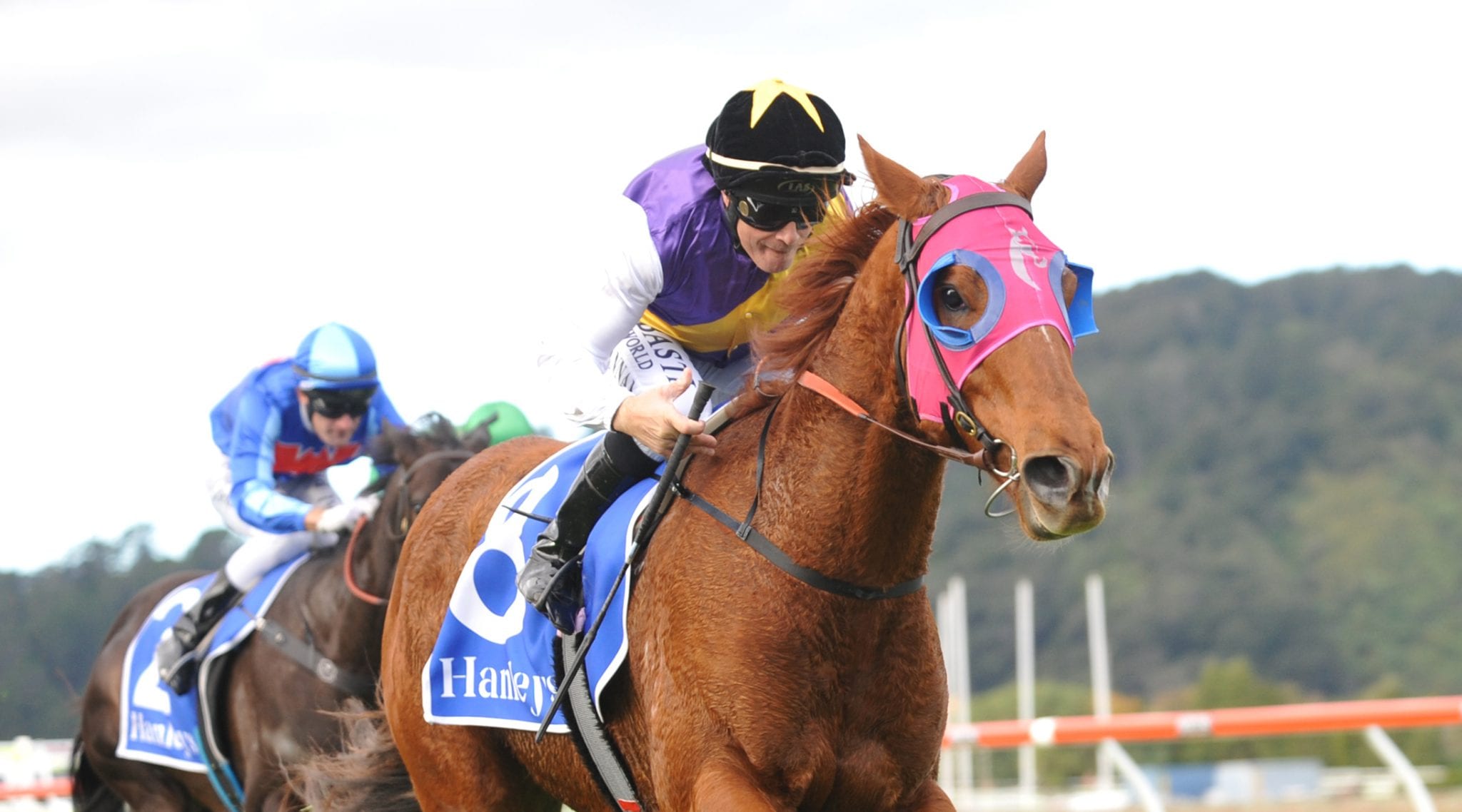 Bambry, who only commenced training in her own right this season after spending time in partnership with her father Tony, took over the preparation of Deerfield after the five-year-old spent his early years in the care of Alex Oliveira at Cambridge. The Falkirk gelding opened his account for Bambry at just his second start before adding a second victory to his career stats at his next run.

Two mediocre performances followed before a last-start second at Woodville earlier this month indicated he was back to his best for Saturday’s assignment. Sent to the front by rider Robbie Hannam, Deerfield cruised along nicely on the testing Trentham surface before angling towards the outside fence as the field made their way into the home straight. Challenged hotly by race favourite London Express and northern visitor Malambo, Deerfield found a good kick to keep his challengers at bay before extending his winning margin to just under two lengths at the line.

Bambry’s father Tony was quick to sing his daughter’s praises as he waited for Hannam to bring Deerfield back to the Trentham winner’s enclosure. “Chrissy has done a great job with this horse as he came to us with a lot of problems,” he said. “She’s put a lot of work into him and he’s really responded to all the massage and the hours she has spent with him. “Robbie (Hannam) suits him as he was just a bit underdone when he rode him last time at Woodville. “He got picked up late then but not today as we got a bit of extra work into him.”

Deerfield is the seventh foal of the Dennis Brothers outstanding broodmare The Dazzler and is the younger sibling of multiple stakes winner, The Solitaire who finished third in the 2014 Group 1 Herbie Dyke Stakes (2000m). He is also from the extended family of Group 1 winners, The Jewel and La Bella Diosa.