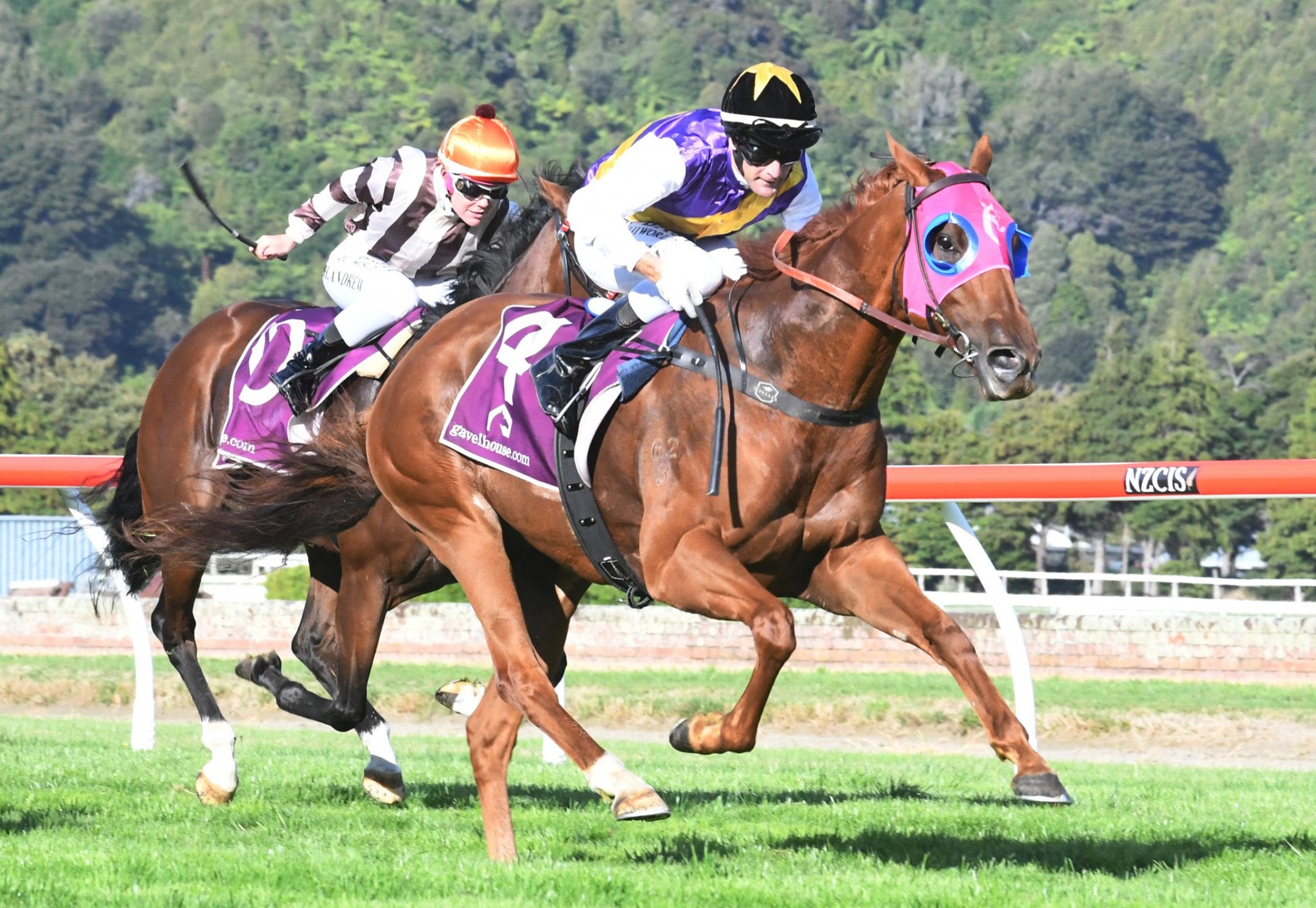 Foxton trainer Chrissy Bambry will be loading up the float bound for Otaki this weekend. Bambry, who has held her trainers’ license since late last year, has just five horses in full work and will start four of them at Otaki on Saturday and believes all of them are solid winning chances.

Spearheading the team is three-win galloper Deerfield, who boasts a further three placings from his eight career starts and contests the El Cheapo Cars Rating 82 (1100m). “We had a few problems with his feet just over a month ago, so he had his first race back at Otaki a couple of weeks ago. He was just lacking a bit of fitness and was a bit vulnerable over the last 200m but I thought he went really well,” Bambry said. “He is probably not at his best on a heavy surface, but back to 1100m it should suit him and will be a nice lead-up run to bigger targets in the spring.”

Deerfield holds a nomination for the Group 1 Tarzino Trophy (1400m) on the opening day of the Bostock New Zealand Spring Racing Carnival at Hawke’s Bay. “If we can sneak into the Tarzino, I would be pretty happy to have a go,” Bambry said. “He looks good and is galloping well and he is back to full fitness again. We’ve got his feet right and if he performs well on Saturday and gets a rise in the ratings, he is an outside chance of making the field. If he misses out, there is a Rating 82 1200m race for him there as another option.”

Bambry said Deerfield had been an important horse in her first nine months of training, helping shine the spotlight on her training ability, while also proving an interesting project. “He isn’t without his issues, so he has taught me a lot about keeping a horse happy and healthy as well as keeping them fit. The water treadmill has been hugely important to him and he gets massaged every day and does stretches to help him. It has been very satisfying to get the results with him. “I have just got the five racehorses plus a couple of young ones in pre-training, so it would be nice to have a few more.”

Bambry will use the services of 3kg claiming apprentice Hazel Schofer when her talented three-year-old Lord Bouzeron takes on the older horses in a Rating 65 (1200m) race. The son of Burgundy won well on debut and found the line well for sixth in the Listed Ryder Stakes (1200m) after making a wide run. “I was going to trial him, but the trials got cancelled and he is on a path towards the Wanganui Guineas (Listed, 1340m) in three weeks,” Bambry said. “He needs another good hitout and that race looks quite suitable.”

Bambry’s father Tony sent out Lord Turbo to win the 2013 Wanganui Guineas before the gelding was sold to Hong Kong. The now nine-year-old is back in Chrissy Bambry’s care, and looks well placed to return to the winner’s circle in the Sunrans Spa (1600m). “He has been going super, so I would expect another bold run from him,” Bambry said. “My other runner Speed Call (Rating 65, 2100m) went a much improved run at Otaki and I think we’ve found the key to riding him now, which is to get back and settle and I think he will be hard to beat.”